Cameroon arrive home to a hero’s welcome after AFCON win 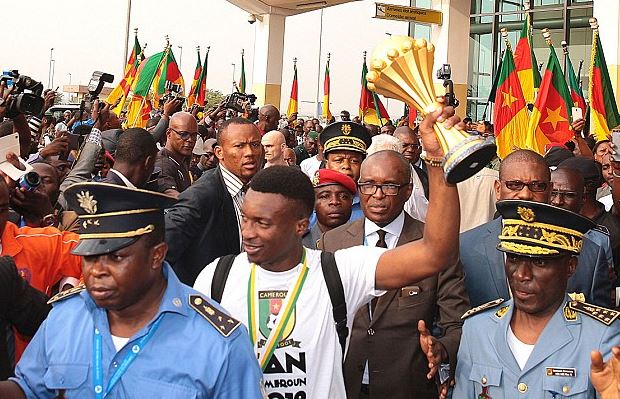 Cameroon players received a heroes welcome as they arrived from Gabon where they won their fifth AFCON title on Sunday.

Celebrations continued on Monday as fans lined up the streets to receive the team that over came Egypt 2-1 to win the crown after 15 years.

Few Cameroonians bet on the chances of their team and their Belgian coach Hugo Broos at the start of the competition.

The win sparked wild celebrations for the young team with the party continuing before the squad left Gabon and on arrival in Yaounde.

The team is now expected to meet President Paul Biya later in the week.