Karuru unavailable for selection at Amazulu 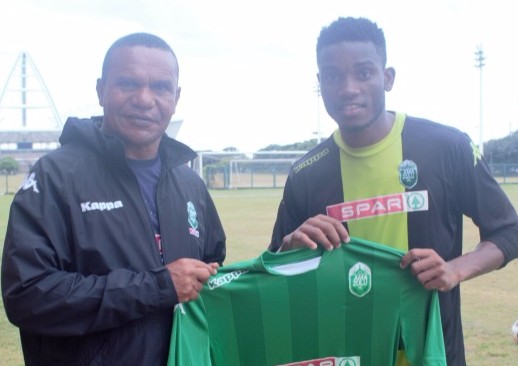 South Africa’s National First Division side Amazulu will have to wait a little longer until they can use their latest acquisation Ovidy Karuru.

The former Kaizer Chiefs striker who signed for the NFD side Amazulu is still waiting for the completion of his work permit.

The Joey Antipas coached side will today play University of Pretoria seeking for a fifth consecutive victory. They sit on position 4 in the NFD but a massive 12 points behind log leaders Thanda Royal Zulu.

Meanwhile, In the ABSA premiership – Polokwane City will have in their ranks new signing Walter Musona in their ABSA Premiership clash against Highlands Park on Sunday.

Musona has received his work permit and is available for selection.