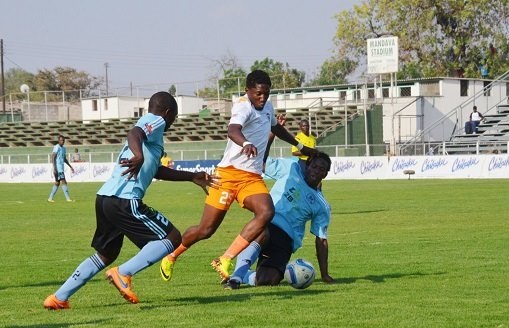 ZPC Kariba have signed the duo of Francesco Zekumbawire and Raphael Manuvire, according to reports.

Zekumbawire, the former Dynamos and Azam striker, and Manuvire, the former Harare City forward, are reportedly the latest signings for Sunday Chidzambwa as the Kariba side gears up for the 2017 season.

ZPC Kariba are said to have beaten Bulawayo giants, Highlanders, to the signature of the forward.

“ZPC Kariba has signed Zekumbawire on a two-year deal. He has just returned home and there was interest from Highlanders as well, but it was ZPC Kariba, who managed to sign him yesterday [Saturday]. There is also an option, which could see him returning to Qatar, but that would be subject to negotiations with ZPC Kariba, who now own the player. I am confident he will be a success,” George Deda, Zekumbawire’s manager, is quoted by Newsday.

Manuvire, who had his debut premier league season with ZPC Kariba back in 2014, has also reportedly re-joined the club after a fruitless season with Harare City.