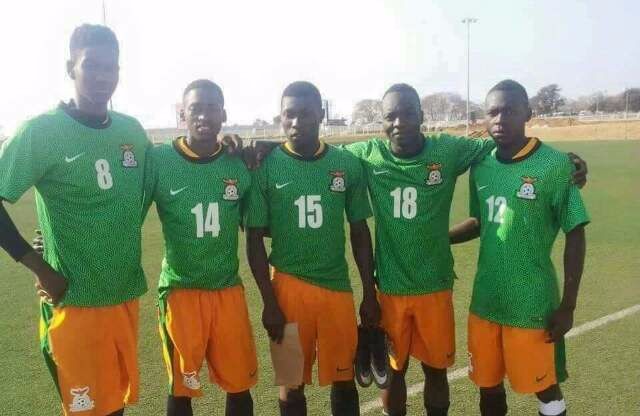 Premier League giants FC Platinum are hosting six Zambian U20 players as they prepare for the 2017 season.

The Zvishavane based side resumed training after their preseason tour of South Africa where they played to a 1-1 draw against Mamelodi Sundowns in a training session match.

Team Update: Training has resumed this week. Mandava Stadium is still being renovated. So we are training at Macheke Stadium, Masvingo. Joining the team this week are Zambian nationals that are on trials:

[Jersey number] 18 and 15 in the Zambia U20 colours [see photo above] [are here] just before they lead their country to the COSAFA U20 Championships. #pureplatinumplay.

FC Platinum media communications officer, Chido Chizondo, told Soccer24 that the club is looking to strengthen the squad ahead of the new season.

“We are trying to bolster the team ahead of the new season and trying to see which areas we can strengthen.

“We are trying to see if they [Zambian players] can make the grade ” she said.

Chizondo also said the club is working around the clock to put the players on the same level in preparation for the new season.

“We are working hard to make sure the boys are ready for the new season,” she added.