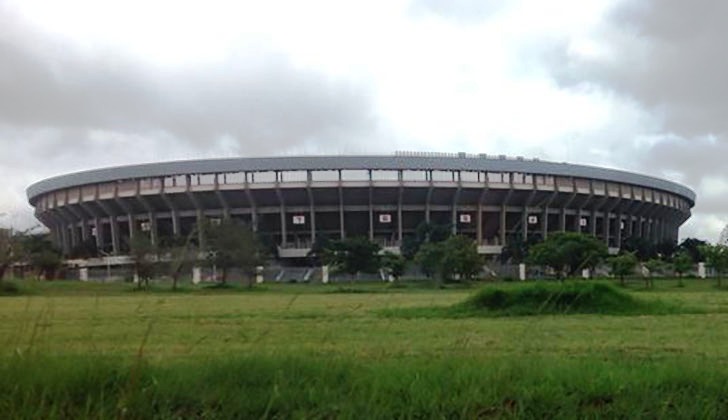 Ngezi Platinum Stars coach, Tonderai Ndiraya, has said that the team is disappointed in the change of venue for their CAF Confederations Cup second leg first round qualifier.

The Confederation of African Football (CAF) moved the second leg match from their home ground, Baobab Stadium, located in remote Mhondoro to the National Sports Stadium in the capital city, Harare.

Ngezi Platinum Stars will have to hunt for a result away from their fan base around the mine which is situated 160km from Harare. CAF inspectors, who did not have problems with Baobab stadium, cited other logistical issues with regard to hosting Pamplemousse players and officials, CAF officials, and supporters in remote Ngezi as there are no hospitality facilities.

The nearest hotel is situated 70km from Baobab Stadium.

“I think everyone is quite not happy about the decision which was made by CAF, but I’ve said it previously that there is nothing much we can do, it’s something which we can’t control.

“What we have to do as a team is to focus on what we can control and that is [we] as the technical team which is preparing our boys for tomorrow’s game and make sure that they are quite focused and forget about Baobab Stadium and focus on the National Sports Stadium.

“We are quite happy that the management facilitated our camp here, we have been staying in Harare since we came back from Mauritius. We want to thank them for that and that has really assisted the team in acclimatising, if you want to put it that way; in getting used to the turf at the National Sports Stadium.

“We hope that the two training sessions we have had there will greatly assist the team in getting a result tomorrow,” he said.

Ndiraya also said that while the team immediately aims for the second round, it is also aiming to go as far as possible in this year’s confederation cup.

“So our immediate task is to qualify for the second round and from then on try to push as hard as we can so that we go the furthest we can in the tournament.

“I think our focus is to reach the group stage of the tournament. We have said to ourselves that if we reach that feat, then we have made some history, and that’s what we are focusing on. So group stage is what we want to reach but of course in doing so we don’t want to put pressure on ourselves we just want to enjoy,” he said.