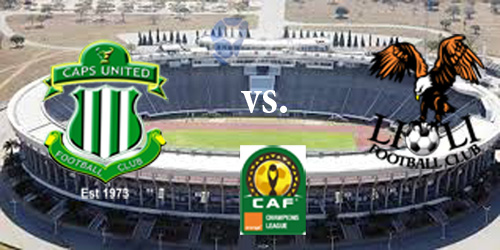 Both teams will be looking to maximise in the final leg of the fixture after recording a 0-0 stalemate at Sesotho Stadium in Maseru last Saturday. Their other contenders in the new look CAF champions league group structure are DR Congo champions, TP Mazembe.

CAPS United coach, Lloyd Chitembwe, said his troops will be looking to overcome the challenges they faced in the first leg which resulted in the stalemate.

“There were a lot of things that were against us when we went to Lesotho [such as that] our season is still in its infancy, it hasn’t kicked off as yet and all those factors contribute to how efficient a team can perform.

“We went there and we never had an opportunity to train at the match venue, so for the boys to give us what they gave us it was a brilliant performance.

“At home now, we have at least a clue with regards to our opponents and I’m sure we have a plan [regarding] the way we want to play and I’m sure what is more important is the desire within the group to want to progress he added.

There were fears over the fitness of fullback, Ronald Pfumbidzai, who limped off in the dying stages of the first leg match with a knee injury.