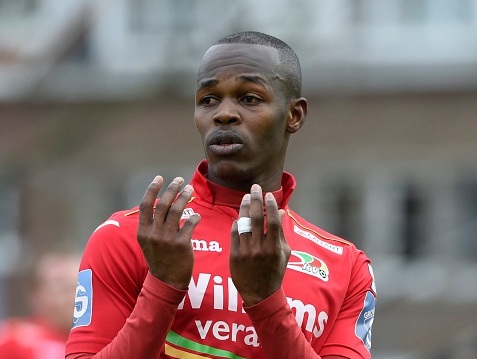 A round-up of the Zimbabwean players abroad this past weekend.

Marvelous Nakamba (Vitesse, Netherlands)
Nakamba was in action as his team lost 1 nil to Dutch giants Ajax Amsterdam. The versetile midfielder was thrust into defence midfield role and was substituted with 6 minutes left of play as vitesse sought more attacking powess.

It was the side’s second successive loss, and the team lies in 8th position, just a place outside the UEFA Europa league play off spot.

The Finnish Cup is using a new format this year. 30 teams participate in the group stage, which consists of five groups of six teams each.
All the group winners plus the best runner-up group goes directly to the quarterfinals while the other twos play a crucial match for the last two quarterfinal places.

In this pre season football action, defending Champions IFK Mariehamn, are in position 2 tied on same points with Inter Tuku.

The Zimbabwean who also tops the scoring charts with his 2 goals appears to have muscled his way into the starting line up ahead of the start of the Finnish League Season.

Knowledge Musona (KV Oostende, Belgium)
Knowledge Musona returned back to action after serving a red card suspension. He played the entire match against as his team lost 4-1 to second placed Anderlecht.

Czech Republic), Nyasha Mushekwi (Dalian Yifang, China) and Tinotenda Kadewere (Djurgården, Sweden) are currently in off season at their respective clubs but are set to resume action soon.