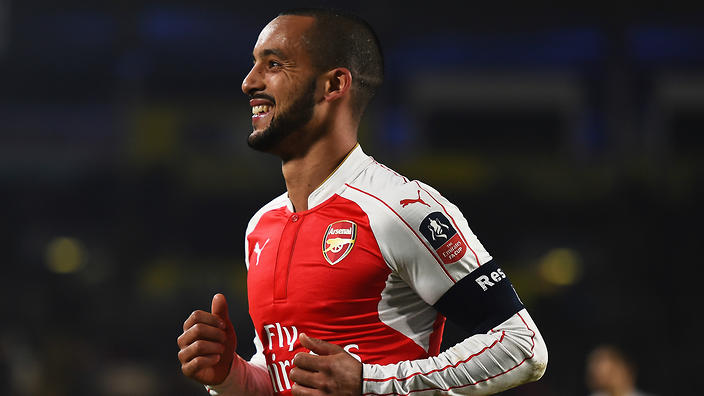 Arsenal eased past non- league side Sutton United to book their place in the quarterfinals of the FA Cup.

The South London side’s fairytale came to an end as Wenger’s men remained on course in the competition.

Despite enjoying the greater share of possession and getting a number of chances to score, Arsenal had to wait until the 26th minute to break the deadlock. Lucas Perez opened the scoring with a low shot across the face of goal.

Halftime came with Arsenal holding the slight advantage but with Sutton still very much in the game.

In the 55th minute, Theo Walcott sealed the win when he scored the second and his 100th Arsenal goal when he connected a low cross.

Sutton did come close with Roarie Deacon striking the crossbar in the 66th minute.

Arsenal will now meet Lincoln in the quarterfinals of the tournament.