All Set For ZNA Charity Shield This Weekend 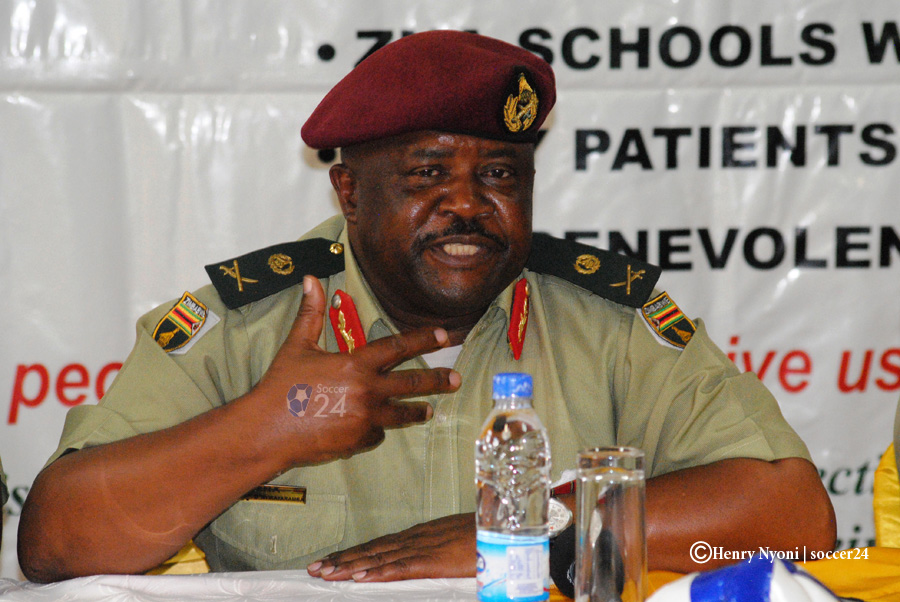 Premier League champions CAPS United are set to clash with long time city rivals Dynamos while Bulawayo giants Highlanders will face off with Zvishavane based side FC Platinum in the 5th edition of the Commander Zimbabwe National Army’s (ZNA) Charity Shield slated for Sunday.

Addressing members of the media at a gathering at the Army Headquarters in Harare, COS AS Major General Douglas Nyikayaramba said this year’s charity shield comprises of only four teams as opposed to the traditional eight teams due to sponsorship constraints.

According to Nyikayaramba, the Army has received only USD$60 000 in sponsorship for the event this year.

“For some of you who have been with us since inception you might be aware that last year we had about eight teams but this year we are going to be having four teams; two playing in Bulawayo and two playing in Harare on Sunday.

“This is an invitational tournament. We do so based on the sponsorship that has been made available to us by well-wishers. So according to the sponsorship that we got to the tune of USD$60 000, we felt that if we were going to invite more teams to participate there may not be meaningful proceeds that go to the teams in terms of rewards and what have you, and also taking into account preparations that are required, accommodation for teams [and] food for the teams. So we reduced the teams to four this year,” he said.

Maj. Gen. Nyikayaramba said the winning team will pocket USD$12 000 and the runners up will pocket USD$8000. He also said that the ZNA is hoping to ultimately raise an amount in the region of USD$100 000 from the matches and that the proceeds would go to the five charitable organisations run by the ZNA.

Meanwhile, CAPS United 2nd Assistant coach, Fungai “Tostao” Kwashi, said the premier league champions are ready for the clash and that it was pivotal ahead of their CAF Champions League match against T.P Mazembe away in DR Congo.

“It’s a very important game; it’s a big game for us. They are no ‘friendlies’ when we play Dynamos, it’s always war. So I know [the] Sunday game will be war. It will always be bad action. They want to kill us, we want to kill them. We respect them, they are a big institution; we are a big institution. So it’s like Goliath versus Goliath on Sunday,” he said to roars of laughter.

CAPS United will play Dynamos at the National Sports Stadium, while Highlanders play FC Platinum at Barboufields on Sunday. Gates will be open at 10am and kick-off is 15:00hrs.