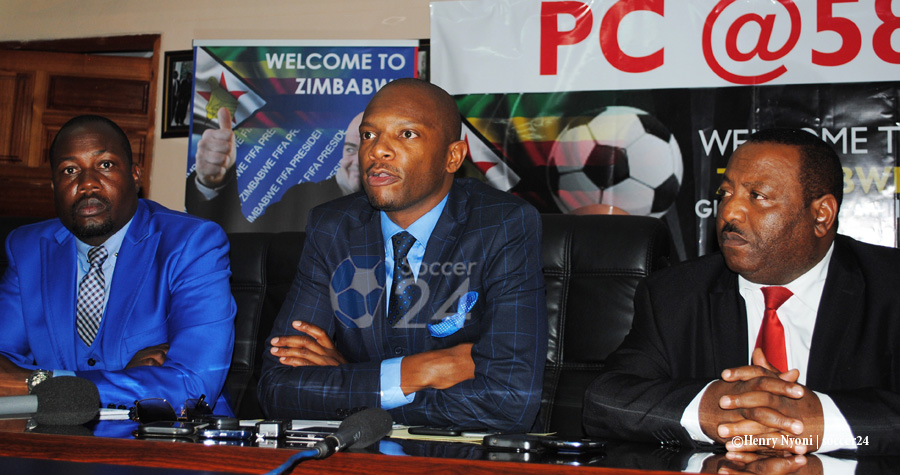 Fédération Internationale de Football Association (FIFA) president, Gianni Infantino, together with several other senior officials in the world football governing body, are expected in the country tomorrow ahead of celebrations slated for the Rainbow Towers Hotel on Thursday evening.

Addressing members of the media at a gathering at the ZIFA head office in Harare, an organising committee for the occasion headed by Affirmative Action Group (AAG) president, Chamu Chiwanza and committee members including CAPS United executive chairman, Farai Jere, as Programs and Administration manager, and ZIFA vice president, Omega Sibanda, part of a sub-committee on protocols, said the preparations had gathered momentum.

The committee also said apart from the birthday celebrations, the FIFA president would also take time to look at Zimbabwean football.

Other high profile delegates to attend the occasion include FIFA Secretary General, Fatma Samba Diouf Samoura of Senegal. Of the 54 invited African heads of football association, 24 have confirmed and six are set to arrive today. The committee said business people from the Southern African region, mainly South Africa, Zambia, and Botswana were coming for the celebrations. Several other non-football sporting personalities including Zimbabwean boxing superstar, Charles Manyuchi, have also been invited.

The ZIFA president has recently come under fire from the Confederation of African Football (CAF) for allegedly intending to convene a meeting with heads of football association without the permission thereof.

Responding to questions, the chairperson of the committee, Chamu Chiwanza, said the occasion was not a formal FIFA, CAF, or ZIFA gathering and that the business of CAF would not be part of the celebrations, stating that the delegates were coming to celebrate Dr. Chiyangwa’s birthday.

Chiwanza said there is a series of events lined up for the FIFA president on a national level while in the country.

“There is Football development, rehabilitation and so forth; things that ZIFA will be taking care of. So it is going to be historic. We are inviting you all [the media] [and] help us to make this very memorable. Remember this is the first time [that] president Infantino is visiting this country since being elected,” he said.