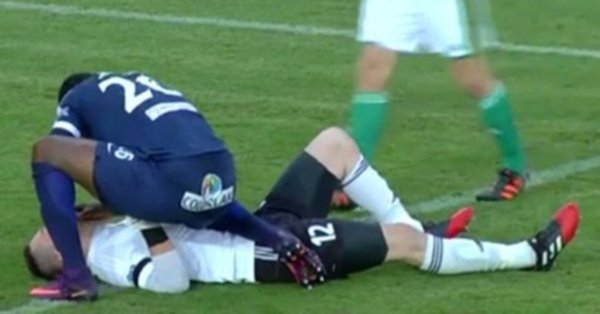 For the fourth time in his career, striker Francis Kone rushed to the rescue on the soccer field to help save someone’s life.

The Togo international jumped into action on Saturday when the opposing goalkeeper in a Czech league match was lying motionless after a collision with a teammate.

Kone, who plays for Czech club Slovacko, reacted quickly and was able to stop Bohemians goalkeeper Martin Borkovec from swallowing his tongue, allowing him to breathe freely. The incident happened in the 29th minute after Borkovec collided with teammate Daniel Krch.

After the match, Kone revealed it was the fourth time he had been able to help in such circumstances following two incidents in Africa and one in Thailand.

Borkovec thanked Kone on Facebook ”for his quick action in saving me.”

The league called Kone the ”hero” of the match.