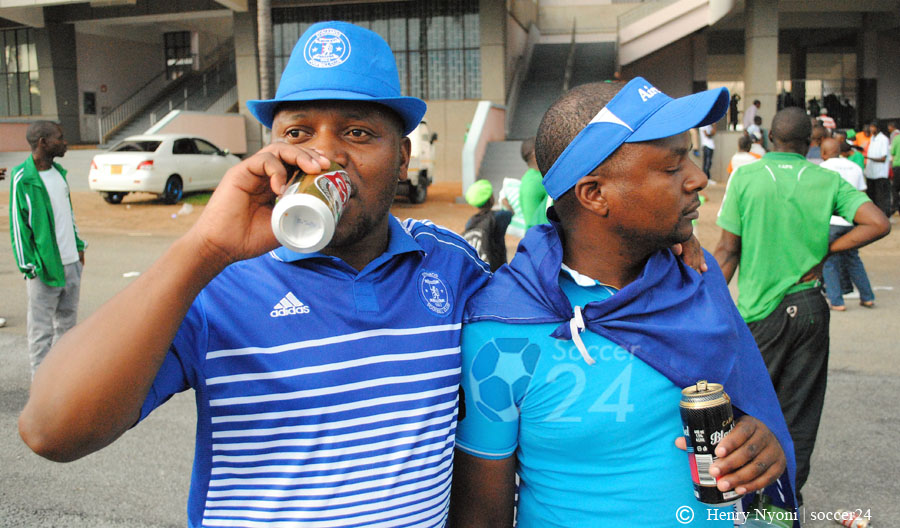 Soccer24 brings you some of the most emotional reactions as the Glamour Boys fans share personal views on the state of the team looking ahead to the new season.

“Very disappointed not because we lost, but because it’s CAPS United. But CAPS United is our biggest rival so I guess you can expect disappointments.

“We have mixed feelings. I wasn’t disappointed by our performance because I wasn’t concerned about results [since] we are on a rebuilding [exercise] so expecting a win against a team that was in camp for a long time is expecting too much from those youngsters. Most of them have never played a derby of that magnitude.

“We played very well and I managed to see our short comings “We need an outright central striker and a dependable centre back.”

“To us as Dynamos fans, we are in pain, but then it’s still off season. But we are asking our coach [Lloyd Mutasa] to find a goalkeeper [and] a striker. We are also asking our executive, [Kenny] Mubaiwa [executive chairman] and company to avail funds so that the coach can buy players. It’s bad; it’s so bad to lose against CAPS United or Bosso [Highlanders]. It’s better to lose against the smaller teams; every derby must be a win [for Dynamos].

“If it were possible, Mutasa would talk to [Sydney] Linyama and bring him back because our defence is weak with Marshal Machazani. Let’s hope the team will be alright when the premier league starts [and] CAPS [United]; we are waiting for them in the premier league. This time no funnies!”

“We played very well; yes we conceded three goals but as far as I’m concerned, we are okay. We are better than last year [and] I think when the season starts we’ll be up to scratch.”

“Dembare [Dynamos] really played well considering [that] they have brought in new players and it is their first competitive match locally. Chinodiwa kuti coach aone mashort comings e team chete , kwete kungohukura zviri baseless (what is only required is for the coach to realise the short comings in the team, not all the hapless blubbering by the fans).”