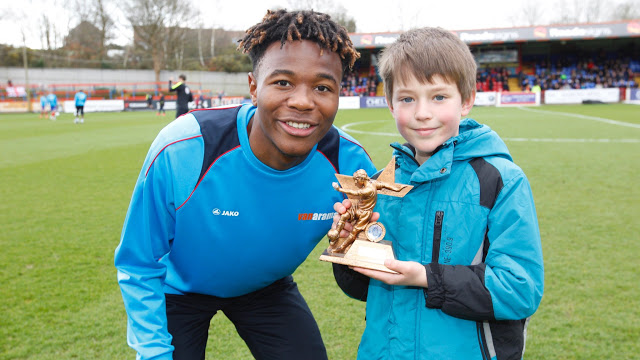 The player currently on loan from Ipswich has been impressive since joining the Club in December.

Playing in attacking midfield role the 18 year old has been key to Aldershot recent success with his distribution & keenness to get forward.

Aldershot are currently in 6th position in England’s National league. Benyu was born in England but is eligible to play for Zimbabwe and has expressed interest in playing for the Warriors in the past.