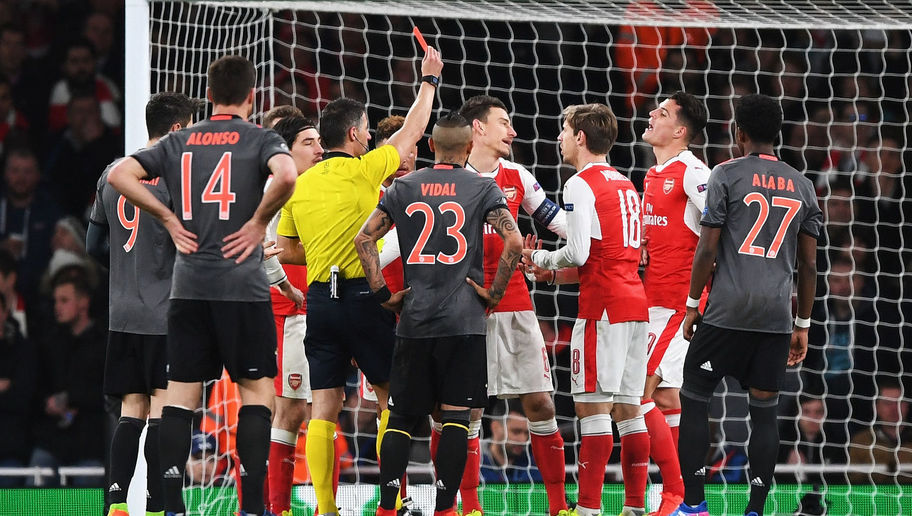 Arsenal were handed another thrashing at the hands of Bayern Munich as they went down 5-1 at the Emirates Stadium.

Arsenal had good first half taking the lead through Theo Walcott but things fell apart in the second half when Laurent Koscielny was red carded after a challenge on Robert Lewandowski.

Lewandowski converted the penalty and it was one way traffic from there as Arjen Robben,Douglas Costa and Vidal (brace) added to the scoreline to put the tie on a 10-2 aggregate.

The result sees Bayern Munich progress to the quarterfinals while Arsenal crash out at the last 16 stage for the seventh consecutive year.

Real Madrid came back from a goal down to Napoli to win 3-1 against the Italian side .

Dries Mertens gave the home side the lead in the 24 minute but two second half headers by Sergio Ramos and a late Morata goal saw Real Madrid walk away with the win to proceed on a 6-2 aggregate.