We are ready to face TP Mazembe says Chitembwe 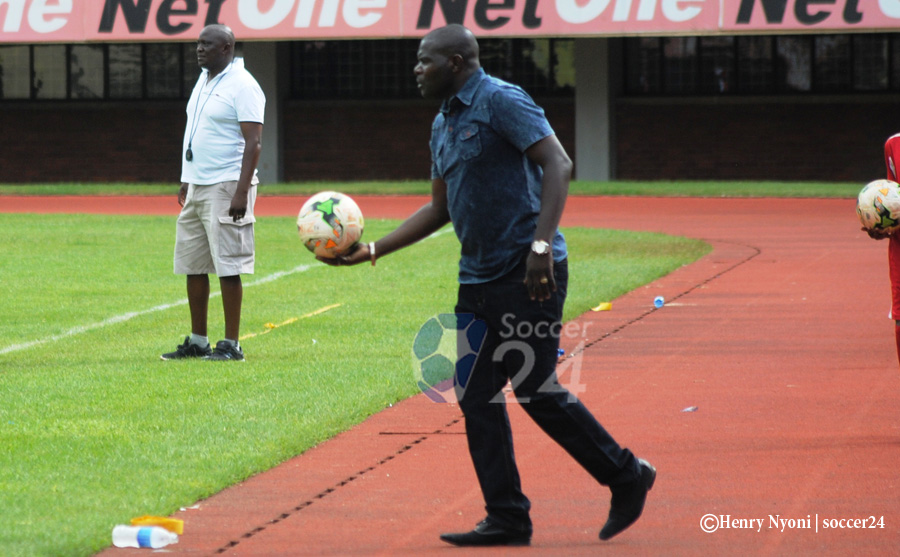 CAPS United coach, Lloyd Chitembwe, has said that the team is adequately prepared ahead of the CAF Champions League preliminary round first leg match against D.R Congo champions T.P Mazembe on Sunday.

Addressing journalists at the CAPS United technical press conference at the club offices in Harare, Chitembwe said the preparations were looking good.

“I think the preparations have been good so far, we have done our homework. I’m sure we can safely say we are ready,” he said.

CAPS United knocked Lesotho champions Lioli FC ourt of the champions league after drawing 0-0 away in Maseru before winning 2-1 at home.

Chitembwe said he is not bothered by the experience of the five time CAF Champions League winners and current Confederations Cup champions TP Mazembe.

“That doesn’t bother us at all. Them being champions is not important to us. What is important to us is what we are focusing on which is our commitment and determination. That’s more important in as far we are concerned than them winning the champions league 10 times [or] 15 times. We don’t care at all,” he said.

“What is driving us is the desire to want to compete at this level of the game and also it is our dream to compete against the best in Africa. I think it has been worth the experience for us. I think the boys are physically there, [they are] tactically [and] technically at the level where I personally feel they should be at.”

CAPS United have entered into a partnership with Rainbow Airlines and are travelling to Lubumbashi on a chartered plane on Sunday.

Rainbow Airlines is one of the 30 Airlines registered by the government and started its operations in January this year in ZImbabwe.

Meanwhile, CAPS United CEO, Cuthbert Chitima, said all travel arrangements pertaining to the chartered the flight had been finalised.

“Yes, I can confirm everything is in place. We are leaving on Sunday morning, seven o’clock departure [time] from Harare International Airport and we should be in DRC Lubumbashi at half past eight. It’s a one and half hour flight. After the match we are expecting to leave Lubumbashi at seven [o’clock] in the evening and we should touch down at Harare International Airport at half past eight. That is our travel arrangement,” he said.