Zvirekwi : CAPS United have to show character against TP Mazembe 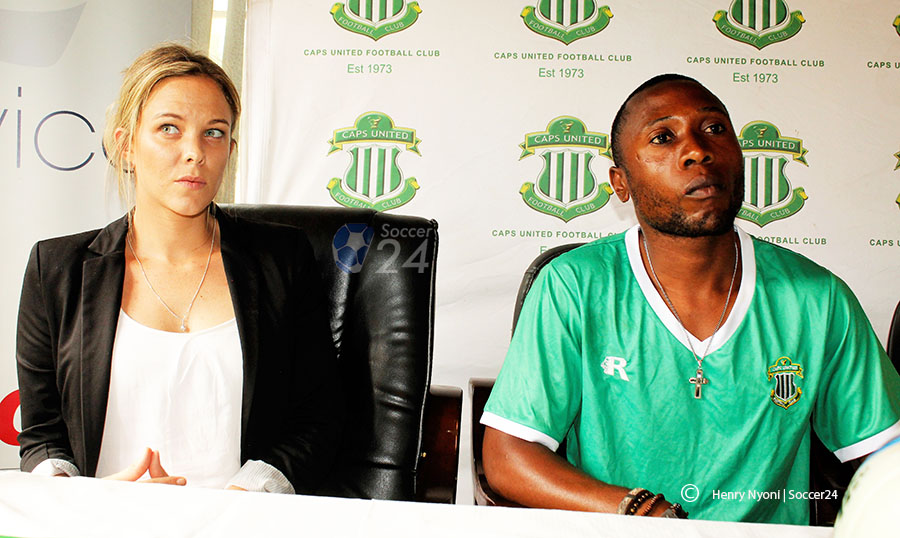 CAPS United fullback, Hardlife Zvirekwi, has said that five time CAF champions league winning side TP Mazembe are a good side which need caution ahead of their preliminary round first leg match in Lubumbashi, DR Congo on Sunday.

Zvirekwi said that CAPS United will be looking to stick to team effort as they hope to overcome the experienced DR Congo  champions T.P.

Zvirekwi, however, said that the Castle Lager Premier League champions would not be bullied into submission and changing the initial targets they set for the CAF champions league this year.

“Obviously we had set ourselves targets and obviously we would want to see those targets achieved. We wanted to go into the group stages [and] that was the first target that we set for ourselves. So I think obviously, there is a big hurdle ahead of us, but we still believe that it can be done.

“I think also we have to have a big heart in these matches and we have to show character because they are not going to be easy [teams]. They are not easy matches.

“All we need to do is to cancel them out in their home ground and I think if when we are [back] here in our fortress we have confidence [even as] they are confident that they don’t lose at home in  champions league matches so if we can cancel them out, we hope that in our own home yard we can do more,” he said.

Earlier, the fullback told journalists that he was not worried by having to travel to DR Congo on the same day of the match, saying that it would to a larger extent reduce the need for the team to acclimatize with secondary elements affecting performance.

“Obviously, according to the gaffers’ point of view, we understood where they were coming from. If you go before [the match], you will need time to adjust, but if it’s an in and out thing, you don’t have to acclimatize [with anything]. You just play the 90+ minutes without [even] having to acclimatize with the weather,” he said.