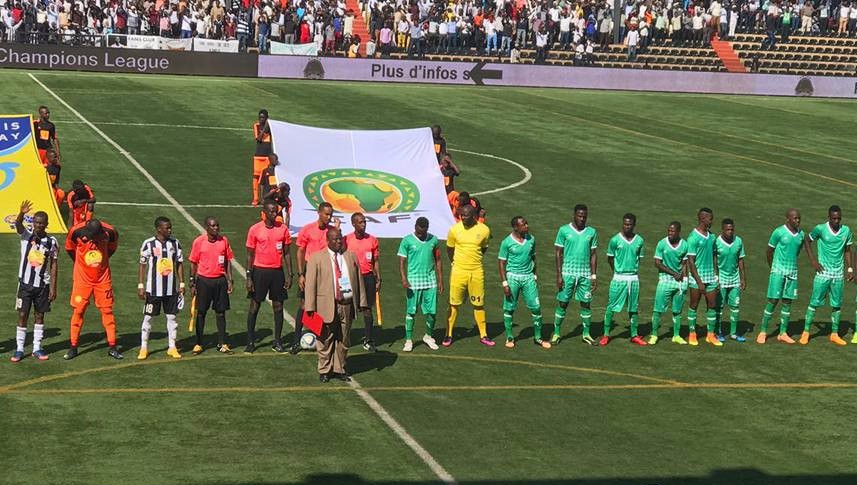 CAPS United held five time African champions TP Mazembe to a 1-1 draw in a CAF Champions League first leg tie in the DRC this afternoon to keep alive their dream of making it to the group stages of the competition.

The Green Machine got off to a great start scoring with just 44 seconds on the clock when Abbas Amidu’s shot made a slight deflection to go in.

It was the perfect start for the Green Machine and it stunned the home fans into silence. However, TP Mazembe were level after 12 minutes when Edmore Sibanda’s goalkeeping mistake gifted the DRC side with a soft goal.

Sibanda’s attempt to save a shot saw the ball fall into Kalaba’s path, who then made no mistake to score making it one all.

However the home side continued to launch more attacks on the CAPS United goal but could not go past Sibanda, who made four good saves in the first half.

Halftime came with CAPS United just managing to hold on, thanks largely to Sibanda’s saves.

The start of the second half saw TP Mazembe continue to attack CAPS United but Sibanda was once again there to keep his side in the game.

As the half progressed, the game reduced in tempo, affording CAPS United more time on the ball, and although TP Mazembe threatened, CAPS Untied held on to clinch a key away result.

The Green Machine will now be fancying their chances of progressing to the group stages of the competition if they can finish off the job at the National Sports Stadium in Harare next weekend.