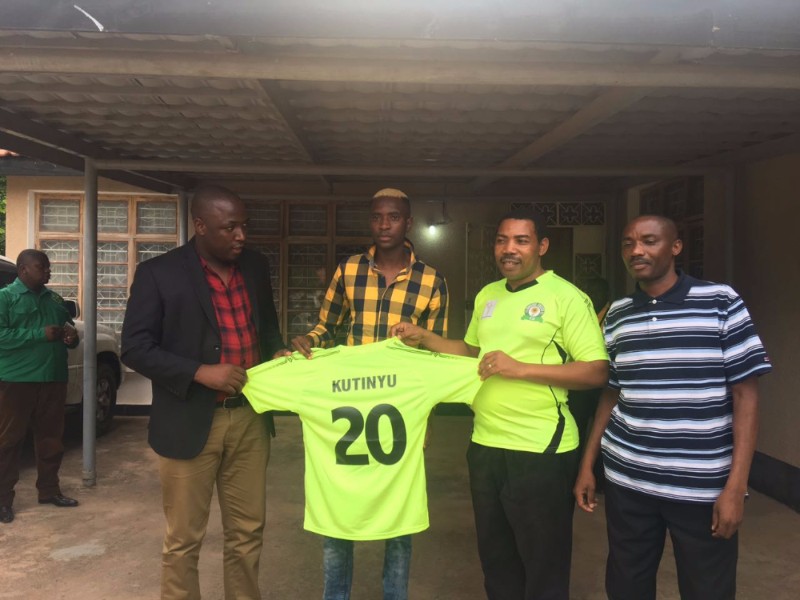 Tanzania has become a favoured destination for Zimbabwean players with Vodacom Premier League sides paying better than the ZPSL.

Singida United will be back in the top flight next season after securing an unassailable lead in their Division One group.

Kutinyu joins Bruce Kangwa, Thabani Kamusoko, Donald Ngoma who are all currently plying their trade in the East African country.

Despite signing with Singida United Kutinyu has been loaned back to Chicken Inn and will link up with his new club in June when the new transfer window opens.