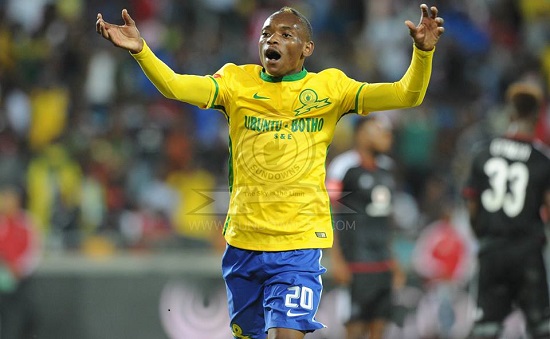 Mamelodi Sundowns attacker, Khama Billiat, has failed a late fitness test ahead of their ABSA premier league stand-off against Polokwane City this evening.

According to reports, Sundowns had hoped and announced that Billiat would make a comeback from an injury tonight which has ruled him out for five important clashes.

The news of the expected return of the 26-year-old Zimbabwean, which Sundowns had broken on their official website, had been a timely boost for coach Pitso Mosemane who looks to cement his position on the league table.

The ABSA premier league reigning champions are fifth on the log with four games in hand. They face Kampala City FC away in Uganda in the first round second leg of the CAF Champions League this weekend.