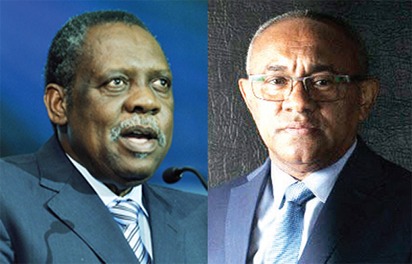 Issa Hayatou’s near three decade reign as Confederation of African Football (CAF) president and Fédération Internationale de Football Association (FIFA) executive member may come to an end this week as he faces arguably the toughest and strongest opposition of his time in elections set for Addis Abbaba, Ethiopia on Thursday.

Soccer24 takes a close look at some reasons which certainly spell doom for the big Cameroonian man.

Time for change
Hayatou’s only challenger is Madagascan candidate, Ahmad Ahmad; a younger candidate calling for a more transparent CAF, and questioning the secrecy with which the organization has conducted financial deals. The 70-year-old Hayatou may be another veteran leader pushed out by a desire for change developing from the 2015 FIFA corruption scandal.

The younger Ahmad, casting himself as the man to modernize CAF, has already made full use of the social media and is campaigning under a trending Twitter hashtag #TogetherForChange. Hayatou neither utilizes the new communications platforms and nor gives interviews.

Impending Court Case
Hayatou, seeking an eighth term, enters the election weighed down by the threat of a criminal prosecution. The Egyptian Competition Authority has recommended that he and his secretary general be referred to court over a marketing and television rights deal worth a reported $1 billion.

CAF has said that the allegations that it renewed a deal with French company Lagardere Sports without allowing competing bids from others were ”unsubstantiated” and denies any wrongdoing. But the timing is terrible for Hayatou and he appears to be vulnerable for the first time in a long time, albeit being defiant.

’35 Have assured Ahmad’
Although its not substantiated, Ahmad’s campaign team has claimed support from 35 countries of which 28 votes guarantee the victory.

Chiyangwa said so!
Zimbabwe Football Association (ZIFA) president, Dr. Philip Chiyangwa, has been sucked deep into the election zone. He stands as Ahmad campaign manager and appears to be doing a sterling job. When Chiyangwa challenged for the ZIFA and Council of Southern African Football Associations (COSAFA) jobs, not so many people gave him a chance. But the flamboyant businessman and veteran politician weeded his way to the top.

So why doubt him now when he says change will come in the CAF Presidium?

‘Class of 2015’ corruption in FIFA
Hayatou, one of the few survivors of the 2015 FIFA corruption scandal, may find his way out now. The 2015 shenanigans leave his reputation marred and in danger of costing him an election. In 2015, U.S. federal prosecutors disclosed cases of corruption by officials and associates connected with FIFA and several arrests were done centered on the alleged use of bribery, fraud and money laundering to corrupt the issuing of media and marketing rights for FIFA games.

In October 2015, Blatter and other top FIFA officials were suspended amid the investigation, and in December the independent FIFA Ethics Committee ejected Blatter from office and banned him from taking part in any FIFA activities over the following eight years. On 24 February 2016, a FIFA Appeals Committee upheld the suspension but reduced it from eight years to six. Hayatou served as the acting president of FIFA until an extraordinary FIFA congress was held in late February, electing Gianni Infantino as the 9th president of FIFA.