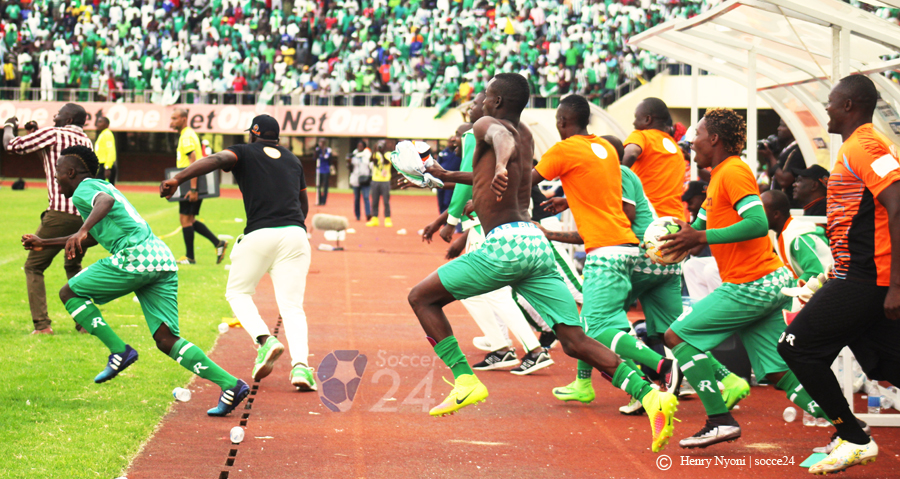 CAPS United have made history by qualifying for the group stages of the CAF Champions League for the first time after holding TP Mazembe to a goalless draw this afternoon.

CAPS United proceed on the away goal rule after the first leg in Lubumbashi ended in a 1-1 draw.

TP Mazembe applied the pressure early on the game but CAPS United grew in confidence as the first half progressed.

In the 36th minute Solomon Asante came very close to the opener but his free kick just went wide.

In the 41st minute Tafadzwa Rusike had a well taken curly free kick saved as CAPS United ended the half well.

The second half saw TP Mazembe have a great sense of urgency piling players forward in search of a goal forcing the home side into defending.

However Edmore Sibanda was on hand to keep TP Mazembe out with another fine performance in goal. Sibanda himself almost put CAPS UNited ahead but his effort was saved by his opposite number.

In the end CAPS United were not to be denied their finest hour as they held on to clinch a memorable victory.

The win guarantees CAPS United a whooping $550 000 in prize money and a chance to play Africa’s best sides in the group stage .