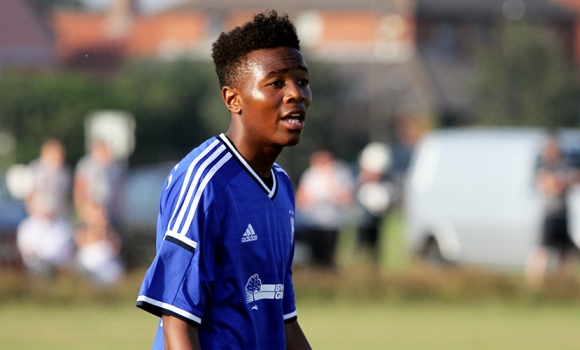 On-loan England born Zimbabwean and Ipswich midfielder Kundai Benyu netted his second senior goal as he helped Aldershot to a 2-0 win at Macclesfield as the fifth-placed Shots kept up their Vanarama National League play-off challenge.

Benyu, who is currently in the fourth month of his loan spell at the Recreation Ground, opened the scoring in the 59th minute.

The player could have scored more but he fired the best chance of the half over the bar in the 13th minute.

Macclesfield rallied in the final 10 minutes but the Shots sealed victory late on as McClure converted a rebound.

Speaking earlier this month, Aldershot Town boss Mick McCarthy has said the Blues will be taking up the year option on the 19-year-old’s current deal and “probably giving him a longer contract”.