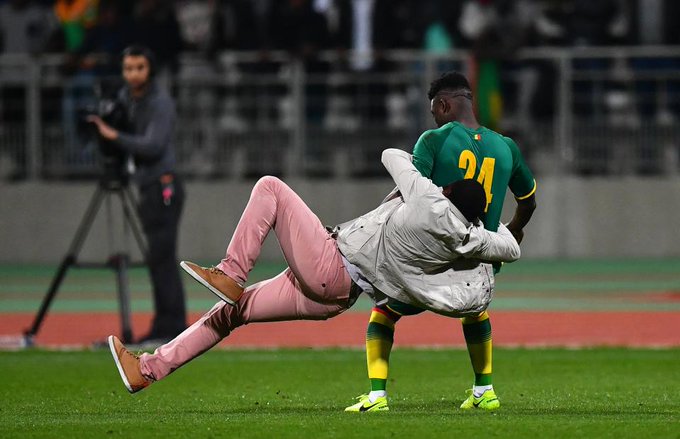 An international friendly match between Teranga Lions of Senegal and the Elephants of Ivory Coast at the Charlety Stadium in Paris was abandoned when a group of fans invaded the pitch on Monday night.

Both sides began to press for the winner late on, but with 88 minutes on the clock the match had to be abandoned because of crowd trouble.
A group of spectators from outside the ground were photographed vaulting security fences. They entered the stadium, presumably without tickets, shortly before there was chaos.

Several supporters began to cause trouble in the stands before some jumped the advertising hoardings and made their way onto the pitch.

With stewards struggling to cope with so many fans jumping onto the pitch, the match was officially abandoned two minutes to stoppage time.
The referee instructed both teams to leave the field of play before abandoning the game in final minutes, as the score stood at 1-1.

Senegal defender Lamine Gassama was tackled to the ground by one of the fans on the pitch.

This makes it a second time in the space of four years that a game between the two nations has ended prematurely due to fan trouble.