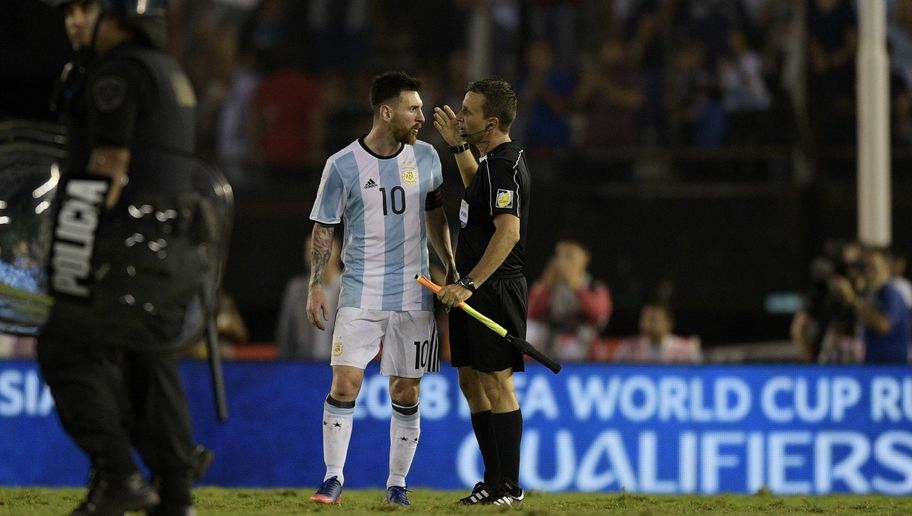 Lionel Messi has been handed a four match by world football governing body FIFA.  Messi was slapped with the ban after his outburst at an assistant referee in Argentina’s 1-0 win over Chile in a World Cup qualifier last week.

Part of a statement from FIFA read:

“Footballer Lionel Messi has been found guilty of violating art. 57 of the FDC  for having directed insulting words at an assistant referee,” read the statement.

“As a result, Lionel Messi will be suspended for four official matches and sanctioned with a fine of CHF 10,000.

“The first match for which the sanction will apply is the next fixture in the preliminary competition of the 2018 FIFA World Cup Russia™ between Bolivia and Argentina, which will be played today, 28 March.

“The remainder of the sanction will be served over Argentina’s subsequent FIFA World Cup qualifying matches.”