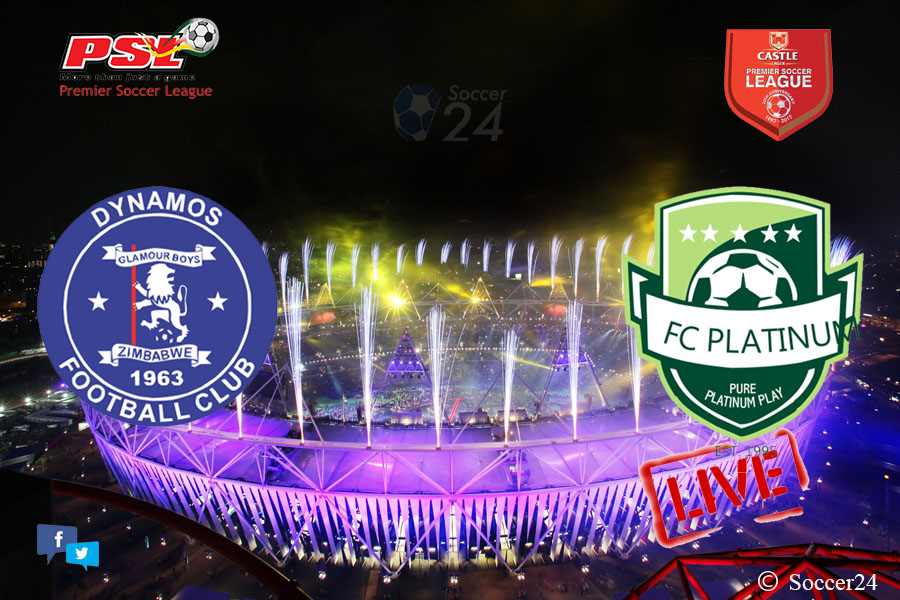 Dynamos meet FC Platinum in their first match of the 2017 Castle Lager Premier League at home at the National Sports Stadium this afternoon.

FC Platinum collected six points against the Glamour boys in the league last season, beating them back to back and recording a 1-0 win then a 2-0 win in the process.

On the other hand, Dynamos coach, Lloyd Mutasa, is coming up against his former employers and will be under pressure to show his knowledge in warding off the nerve from the last season premier league runners up.

“Football has always been a pressure game, but I’m saying you are playing against an FC Platinum side that is determined to play good football as well and we are Dynamos and we really want to make things happen as well this year.

“What I can only say is to our multitude of fans is that come and witness the first match of the season I think it will give them a better picture going forward,” Mutasa told journalists.

Mutasa goes into the clash with none but one player injured. Wisdom Mutasa, who also recently signed for Tanzanian side Singida, pulled a hamstring on Thursday afternoon, but the coach insists his absence should not be a worry for Dynamos.

“I’m sure you are aware that we managed to register 30 players. This is Dynamos and you cannot depend on a single player. We have a lot of cover in all areas,” he said.

Meanwhile, FC Platinum coach, Norman Mapeza, is not being complacent and says FC Platinum will be looking forward to a tough tie against Dynamos despite their back to back victories last season.

“This is a whole new season altogether , I am not someone who dwells on what happened in the past .We managed to get six points from Dynamos last season but I believe this will be a new ball game.

“It’s going to be a massive game for us and a long season it’s a marathon. We are playing 34 games this season best thing is to take each game as it comes.

“But I hope we go to Harare and we try to play our normal game. These first games of the season are very tricky but we will try and get a positive result,” Mapeza said.