Benyu strikes a brace to secure a win for Aldershot 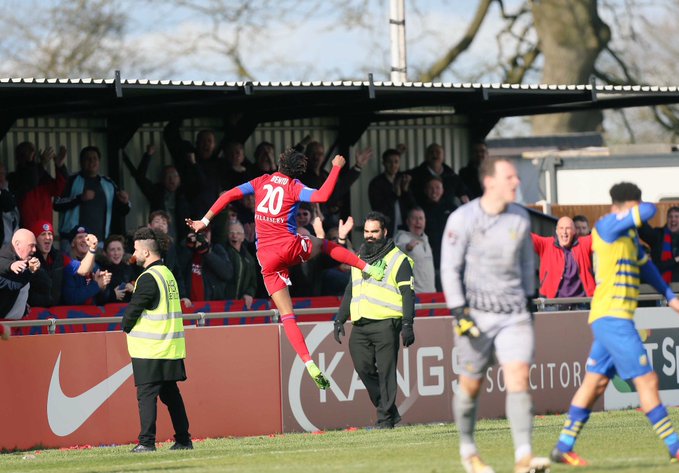 The 19 year old opened the lead on 28 minutes, as Straker advanced down the left and cut inside towards the box. His lay-off to Benyu was perfect for the midfielder to aim a low 22 yard drive inside the left-hand post.

The youngster could have doubled the lead moments later but Benyu’s rising shot was superbly tipped over the crossbar and Aldershot Town ended the half in dominant mood.

Benyu sealed victory with another fine finish, he strode into the box and fired the ball past the goalie at his near-post.

The player on loan from Ipswich until the end of the season has been in superb form for the club bringing them closer to English Football League promotion.

The youngster though in England junior call ups can still play for his country of birth Zimbabwe.