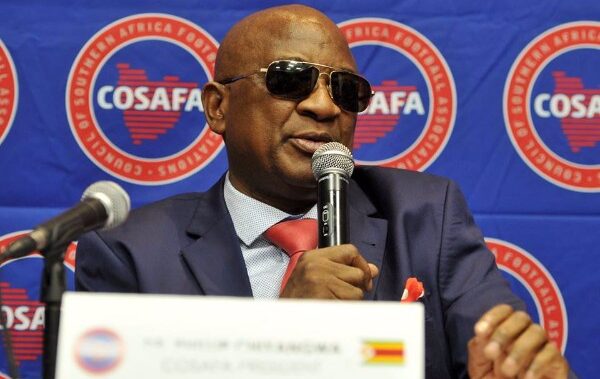 Cosafa and ZIFA president Philip Chiyangwa has officially written to the Confederation of African Football (CAF) asking for the review of a number of decisions made during Issa Hayatou’s reign.

The Cosafa leadership met in Johannesburg last week and discussed a number of issues in a meeting that was attended and co-chaired by Ahmad.

In a letter to CAF , Chiyangwa bemoaned how the Cosafa region had been overlooked and suppressed under Hayatou’s leadership and asked some decisions such the awarding AFCON rights to one region until 2023 to be reevaluated.

‘It is inconceivable that five tournaments in a row can be hosted in one region of Africa. This clearly shows the insensitivity and provides the uneccessary imbalance in CAF member interests.

‘It is on this basis of the foregoing that COSAFA demand that the process of awarding the hosting rights for 2019, 2021 and 2023 be subjected to new and transparent evaluation process.

‘We have received strong interest from Cosafa members willingness to participate in the new bids .It is our expectation that an independent team of experts be constituted immediately to undertake this exercise so that there is an equitable and fair distribution of hosting rights for AFCON which remains the flagship of CAF.