Real Madrid and Atletico Madrid through to Champions League semi-finals 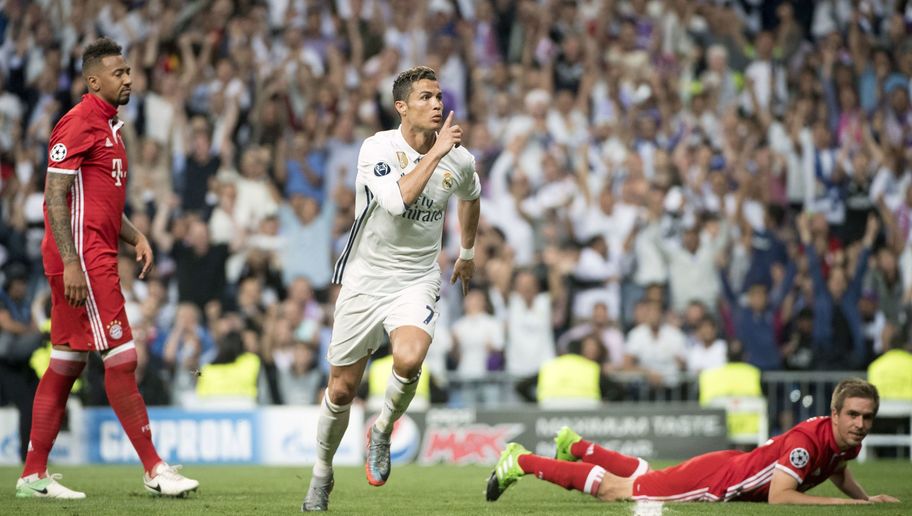 Real Madrid booked their spot in the semi-finals of the
Champions League after recording a 4-2 victory over Bayern Munich in the second leg of their quarter-final at the Bernabeu on Tuesday night.

Ten-man Bayern led 2-1 after 90 minutes to force extra-time after Real Madrid’s success by the same scoreline at the Allianz Arena last week, but Cristiano Ronaldo’s second of the night in the 105th minute effectively decided the tie.

Ronaldo then completed his hat-trick in the second period of extra-time as the Portugal international registered his 100th goal in the Champions League, before substitute Marco Asensio made it 4-2 on the night late on.

Leicester City earned a 1-1 draw with Atletico Madrid but it was not enough for the Foxes to avoid bowing out of the Champions League at the quarter-final stage.

Saul Niguez’s first-half opener left Leicester needing three goals to remain in the tie and although they threw everything at Diego Simeone ‘s team after the break, they could not add to Jamie Vardy ‘s equaliser just after the hour mark.

Their exit marks the end of a fairytale which had been carried over from last season’s Premier League triumph.