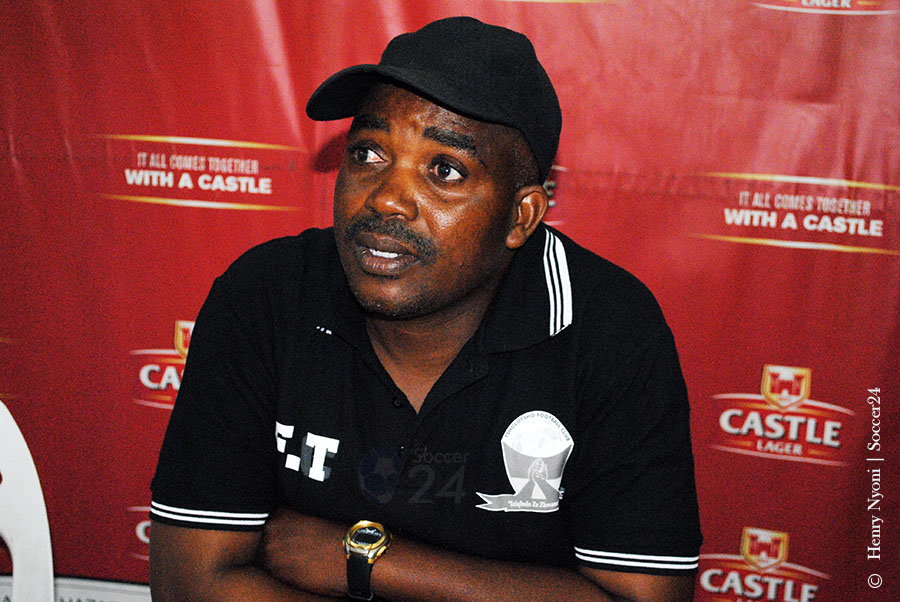 Tsholotsho FC coach, Farai Tawachera, has said he is happy with the 1-1 result away to CAPS United at the National Sports Stadium in Harare.

Tawachere said he was impressed by his troops’ performance despite the Beitbridge side recording their fourth consecutive draw in the premier league.

“Getting a point away to CAPS United is not an easy feat, [elsewhere] we could have played very well. I give credit to my boys. They did very well; we kept our shape throughout.

“You see, there are a lot of youngsters coming in. But if they can come in and play against CAPS United and give such a great show, [we give them] thumbs up.

“We knew one way or the other they would want to come at us, but by them coming at us, they opened some few avenues of which one of them we went through the wings bringing in the crosses. There were sixes and sevens [but] we managed to score. Basically, I’m happy,” he told journalists after the match.

The premier league went to the wire last year for Tsholotsho, who survived relegation late in the dying stages of the season. Tawachera said the team has carried over goals of staying in the premier league this season.

“It’s still the same. The difference is that we are trying to do it [fighting to stay] earlier this year,” he said.

Tsholotsho face Highlanders next in their fifth fixture of the Castle Lager Premiership and Tawachera is confident of a good result against the Bulawayo side when they clash at home.

“It’s a positive going forward [facing Highlanders at home]. We came to the National Sports Stadium, got a point. We are going home, to Dulivadzimu. Our supporters [will be] behind us. I think it’s going to be a very tough game for Highlanders. It’s a motivating factor for us.

Tsholotsho will face Highlanders without captain and Sunday’s scorer, Mkosilathi Moyo, who saw red in the dying minutes of the match after receiving two yellows.

“Definitely, it’s a minus for us. He’s the leader of the troops, [but] it happens in football, life has to go on [and] we have to adjust. We have adjustments already; we know what we are going to do. Now we will be at home, [and] as much as he is away, we have good replacements,” he said.