FC Platinum and How Mine win, Rhinos and Triangle play out draw

In the Castle Lager Premiership matches played this afternoon there were wins for FC Platinum and How Mine while Black Rhinos and Triangle played out a one all draw.

FC Platinum had more possession and created the better chances  but struggled to break down Hwange until the 80th minute when Winston Mhango scored from a penalty. Gift Mbweti was impeded in the box leading to the penalty which helped Norman Mapeza’s side avoid another goalless draw.

How Mine secured a 1-0 victory against Chicken Inn with Kudzai Chideu’s goal in the 42nd minute making all the difference.

At Gibbo Stadium Triangle came from a goal down to draw 1-1 with Black Rhinos.Milton Kureva puts Rhinos in the lead in the 32nd minute but Ronald Mudimu equalised in the 80th from a penalty. 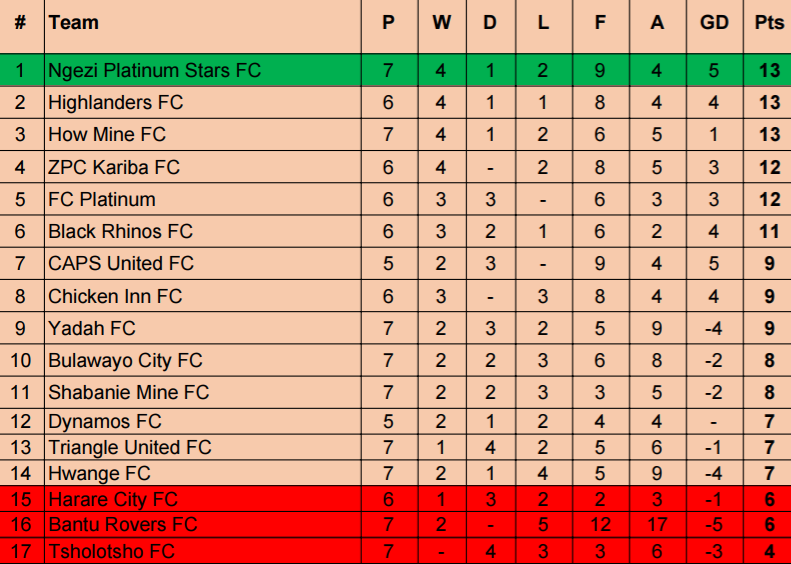