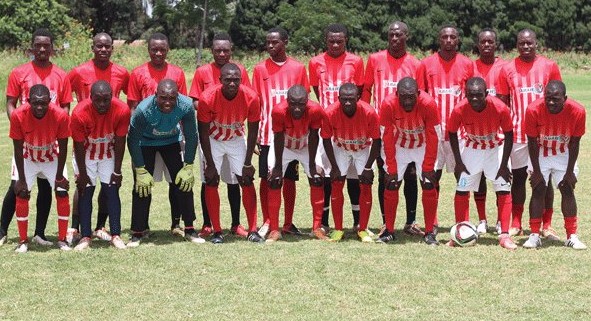 ZIFA has sent a stern warning to Yadah after taking on Bantu Rovers without qualified personnel.

Yadah suspended Jairos Tapera and his assistants leaving the the squad to face Bantu Rovers on Saturday with only the team manager , medic and team physiotherapist.

The Prophet Magaya owned outfit was hammered by Bantu Rovers 7-2. Magaya says the loss was ‘spiritual’ and takes responsibility for the loss.

ZIFA has now released a statement warning Yadah of their conduct and instructed the club to put their house in order.

The Zimbabwe Football Association (ZIFA) has noted with concern, the move by Yadah Stars Football Club, to bring the beautiful game of football into disrepute by deliberately breaching Club licensing provisions by engaging in their league assignment against Bantu Rovers on Saturday, 6 May 2017 at Luveve stadium without qualified technical personnel.

The absence of a qualified technical team during a professional league match makes a mockery of top-flight football in Zimbabwe. ZIFA will not stand by and watch Yadah Stars FC dragging football into the abyss.

ZIFA will take corrective measures to deal with this presumptuous disregard of Club licensing dictates. The association has ordered Yadah Stars FC management to put their house in order and ensure that they have fully qualified personnel manning their technical bench in their next league assignment, as per club licensing requirements.

ZIFA also reiterates that it is not backing down on the standardisation of coaches’ qualifications since it is a directive taken in compliance with FIFA and CAF Club licensing dictates. This, and other club licensing requirements, will be gradually implemented for the continued development of local football.