Dynamos have a better away record this season, says Mutasa ahead of Highlanders clash 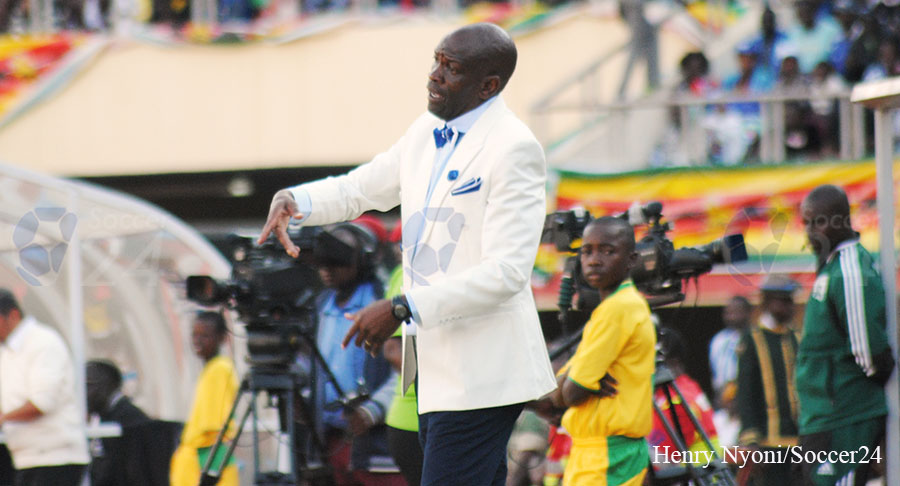 Dynamos coach, Lloyd Mutasa, has said the former premier league champions are not scared to face the current log leaders away as they prepare for the ‘Zimbabwe derby’ against Highlanders at Barboufields on Sunday.

Highlanders top the table with 13 points and 12th placed Dynamos have collected all their seven points away and are yet to collect a point at home this season.

Mutasa said Dynamos will bank on their away record to inspire confidence in themselves in the crucial away fixture in three days’ time.

“Yes, I think you look at how we are responding this year, I think we never had a single point at home and all the seven points on our back they were all away matches and this is an away match as well,” Mutasa told Soccer24.

The last time the two teams played was in the Uhuru Cup final where Dynamos won 3-2 on penalties at the National Sports Stadium in April. Mutasa said although the cup victory would likely give inspiration to the players, the league match will be a different ball game.

“Probably the youngsters it’s an element of saying maybe it’s [victory] possible, we have played them before, we have beaten them.

“. . . but this is a different ball game, we are itching for the three points and so are they. We know it’s going to be a tough encounter but I’m sure we have done our part and we are still doing our part so that at the end of the day we come out with a positive result,” said Mutasa.

Dynamos had an exodus of several senior players in the January transfer period, leaving behind a youthful team that is yet to earn their name on the national stage. Mutasa, nevertheless, said the competing young players are raring to go and are showing all signs of readiness.

“Oh yes, the youngsters are looking sharp and are raring to go. They are giving it their best shot and everyone wants to play [in] a big match. You know this is one of the big matches in Zimbabwe and these are the games where names are made and names are destroyed and I’m sure for these youngsters in order for them to be really known in football circles, they have to give it a go and see what happens on Sunday.

“I think we have been telling the youngsters that in order for you to be the best you have to come up and play your best and Highlanders being on top of the log with 13 points it’s an indication that they are one of the best teams in the country and in order for us to be at the top we need to be the best,” he added.