Highlanders have remained in fifth place in the Castle Lager Premier Soccer League table but missed chances that could have taken them to the top of the league after playing a goalless draw with Harare City in a rescheduled matchday 3 fixture.

In a poor game, Prince Dube and substitute Ralph Matema missed close chances as Highlanders failed to make much of an impact against a resolute Harare City defence.

After disturbances that rocked the weekend’s battle of Zimbabwe, the onus was on Erol Akbay to send his side out to look for three points against a Harare City team who have largely under-performed this season.

In another matchday 3 encounter, Agrippa Murimba scored the only goal of the match to help FC Platinum to a crucial 1-0 victory over Chicken Inn at the White City stadium

The Platinum Miners maintained their impressive run of form against the Game Cocks, making it 8 without defeat in this fixture thanks to Murimba’s goal in the 72nd minute.

The win takes FC Platinum to 2nd position on the log with same number of points (16) as log leaders Ngezi Platinum. 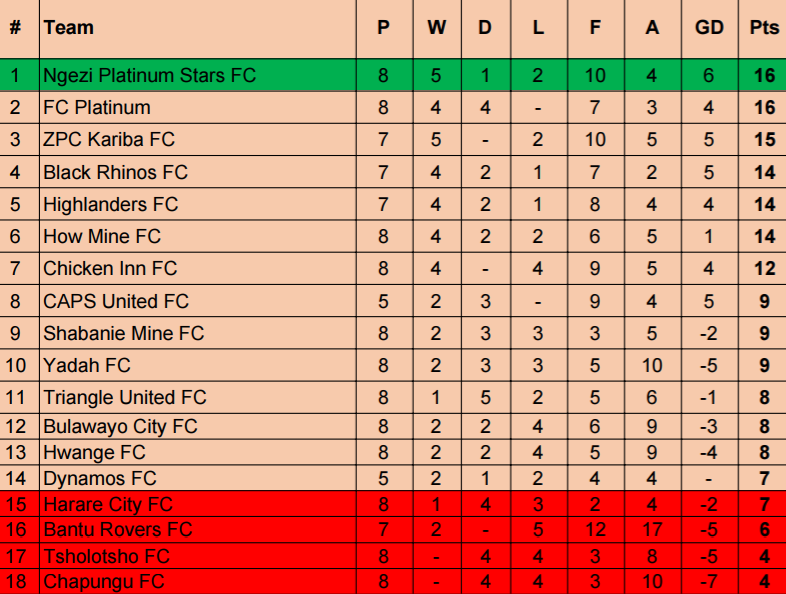