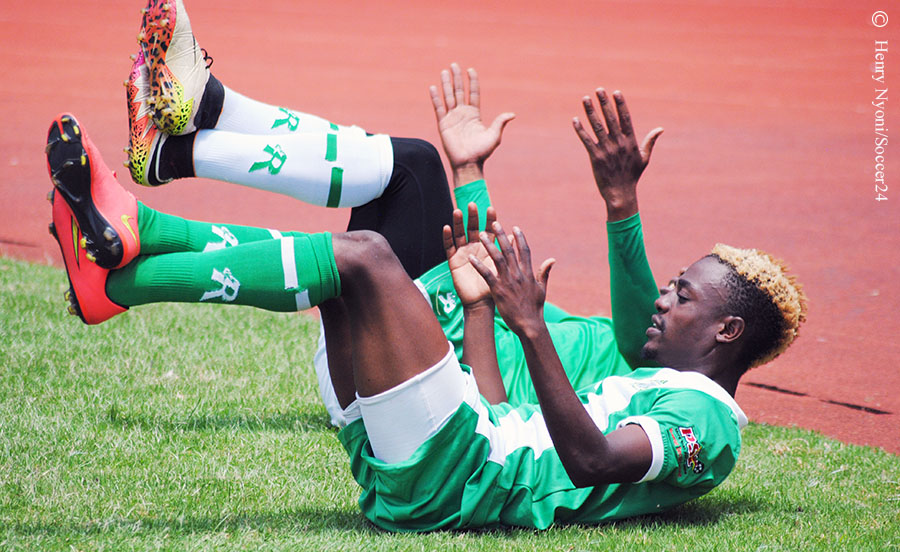 CAPS United assistant coach, Fungai Kwashi Tostao, has said that the green machine is raring to go for their premier league clash against ZPC Kariba away at Nyamhunga Stadium on this afternoon.

Eighth placed CAPS United, who have won two games and drawn three, have a backdrop of a resounding 4-0 premier league home victory over Chapungu United a fortnight ago while third placed ZPC Kariba are on a good run of momentum having won five and lost two.

The Sunday Chidzambwa led side won 2-0 at home against Tsholotsho over the weekend.

Kwashi said United are in high spirits but are looking forward to a tough match against the Zimbabwe electrical power utility owned club.

“. . . the guys trained well today. The guys are happy and are raring to give their best come Thursday.  been winning. So obviously their tails are up and they are also in a good state of mind.

“So it’s going to be an exciting game. We hope both teams will give the fans value for their money considering the economic situation in Zimbabwe right now,” Kwashi told journalists.

CAPS United suffered a disappointing 2-0 CAF Champions League loss at Zamalek away in Egypt on Friday. Kwashi said despite the long journey to North Africa and back, the players were in good condition to play the midweek fixture.

“The condition is fine. It’s just now about working on their tiredness and fatigue and making sure that everyone is light and bright, ready to give us a good show come Thursday. But so far so good,” he said.

Kwashi also said although the defending premier league champions face a tough fixture pile up havi played five premier league matches and having three games in hand due to their participation in various tournaments, CAPS United are not likely going to suffer from burnout and are ready to complete their fixtures list.

“We knew it was going to be like that. Once you play in the champions league [it] means there are extra games [which are] expected to be played. So it’s something we knew from December that the reward for good work is more work so we take it in good spirit and we are happy about it.

“You see in Europe, they even play three games a week. So for us it’s just champions league and the league. If you look at it, our games are not as many as people who are playing the champions league, playing in the League Cup, or playing in the FA Cup. Our fixture list is not as tight as that, so if you consider that yes it’s going to be tough and hectic but nay normal athlete should rise above those challenges and be happy to be tested,” he added.

CAPS United head into the encounter without veteran striker Leonard Tsipa who is recuperating from a knee injury. The 35-year-old 2016 golden boot winner returned to training last week and is expected to be back to full fitness in a couple of weeks.

United are also without fullback and captain, Hardlife Zvirekwi, who picked an injury during their CAF champions league loss to Zamalek on Friday.

“. . . no, besides those two everyone is in good condition. We are happy Leonard [Tsipa] has started good training and is slowly getting better and better. But we are not going to rush him. It’s a process. Step by step because it needs almost a month. So we don’t want him to break down, we just want to build him up nicely and slowly so that he goes back to his blistering best and scoring goals because that’s what he loves doing,” he said.