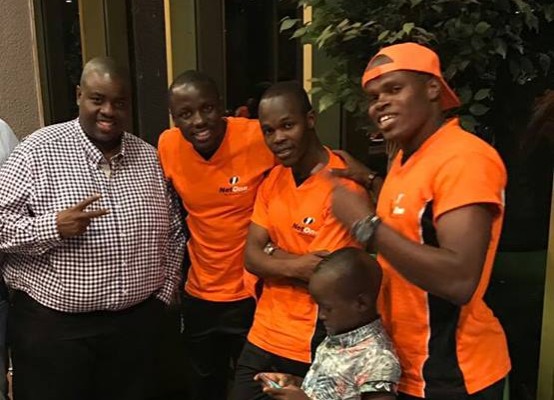 ZIFA has wielded the axe on players who masterminded the infamous snubbing of a 2017 AFCON farewell dinner organised by the Ministry of Sports and Recreation, in which then Acting President Emmerson Mnangagwa was the guest of honour.

Players refused to attend the dinner until the issue of their salaries, bonuses were settled, which exposed Zifa as well as the government through the Sports ministry’s disregard of the country’s sporting heroes.

In a wide ranging interview with the Sundaymail, Zifa President Philip Chiyangwa confirmed that they have banned the masterminders of the protest while labeling them as mercinaries. The players will not take part in future National team asignments.

The players are believed to be Willard Katsande, Cuthbert Malajila, Nyasha Mushekwi and Mathew Rusike

“There are players who will never, ever play for the national team during my tenure, in fact during my football life. I emphasise never, ever Chiyangwa told the Sunday Mail.

“They kissed goodbye to the national team when they snubbed the acting president. They sabotaged us and some of them even tried to beat up my vice president (Omega Sibanda).

“They taught us lessons and the coach has been debriefed accordingly. We have told him to use any other players but not these players who are full of nonsense.” , Chiyangwa said.

The ban come despite the team having apologised through then team manager Sharif Mussa.

Captain Willard Katsande resigned in a huff, following a humiliating 4-2 drubbing by Tunisia in the final group C match of the Gabon AFCON 2017.

Interim coach, Norman Mapeza who is expected to name his players to play the first 2019 AFCON qualifier against Liberia in June has already been ordered not to include the players.