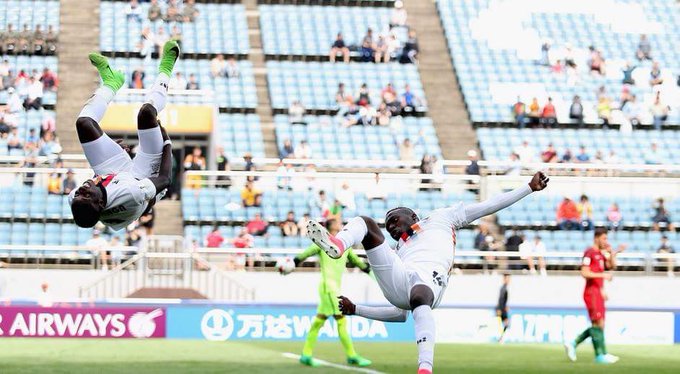 African champions Zambia made a dream start to their 2017 FIFA Under-20 World Cup campaign with a 2-1 victory over two-time global winners Portugal in their Group C clash in Jeju on Sunday.
Second-half goals from Edward Chilufya and Fashion Sakala gave Young Chipolopolo the win, after they had at times weathered a Portuguese storm in an entertaining match in which there were 35 attempts on goal between the sides, split almost evenly down the middle.
Portugal pulled a goal back in the first minute of injury-time at the end of the game through Helder, but were made to pay for missed opportunities in the match.

Next up for Zambia is a meeting with Iran on Wednesday, while Portugal take on Costa Rica