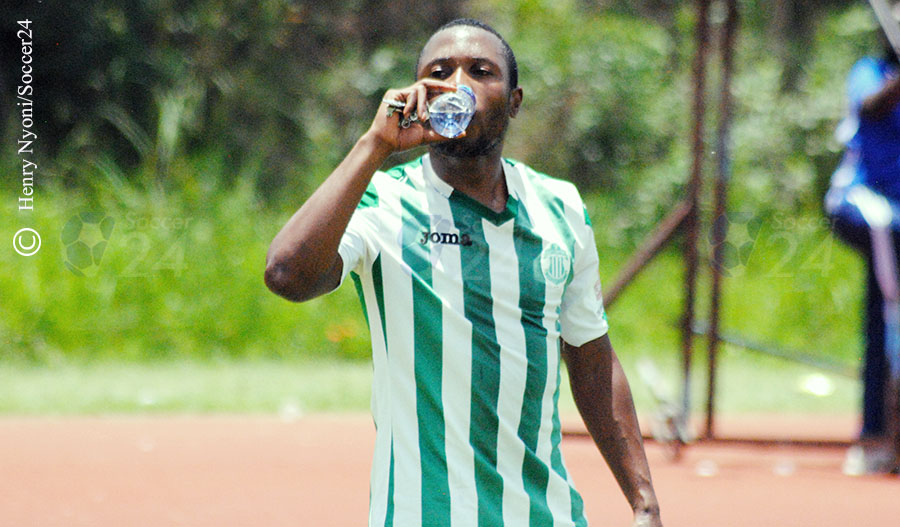 CAPS United fullback and captain, Hardlife Zvirekwi, says the troops are ready to take on USM Alger in the CAF champions league group stages at the National Sports Stadium on Wednesday.

The two sides face off in the second group B fixture of the group stages with the Algerians having recorded a 3-0 win against Al Ahly Tripoli. USM Alger are under pressure from a CAPS United side which lost 2-0 away in Zamalek and are now looking to turn around their fortunes in this home clash.

Speaking at the club’s training session, Zvirekwi said CAPS United will display a fighting spirit and will seek to earn recognition from the encounter.

“The preparations have been going on well, I think players are psyching themselves up for the match and so far so good, I think everybody is raring to go.

“Obviously we are at home, so we want to go all in to try and get goals.

Zvirekwi said the team is working hard on perfecting their play to avoid a repeat of the mistakes they made in Zamalek.

“Yeah, obviously we faltered at the first hurdle but there are still many more games to rectify that. I think we have to minimize [mistakes] in all our home games and try and collect maximum points.

“. . . there are one or two errors that we made and conceded goals. Yeah . . . the coach has been emphasizing more on that. He’s been telling us to concentrate more until the match ends. You know these teams; they capitalize more on your mistakes. If you make mistakes, they punish. So we have been playing to try and minimize our mistakes as much as possible.

Zvirekwi, who picked an injury during the Zamalek match and was consequently unavailable during their midweek 2-1 premier league defeat away to ZPC Kariba, hopes to be fully fit by Wednesday afternoon.