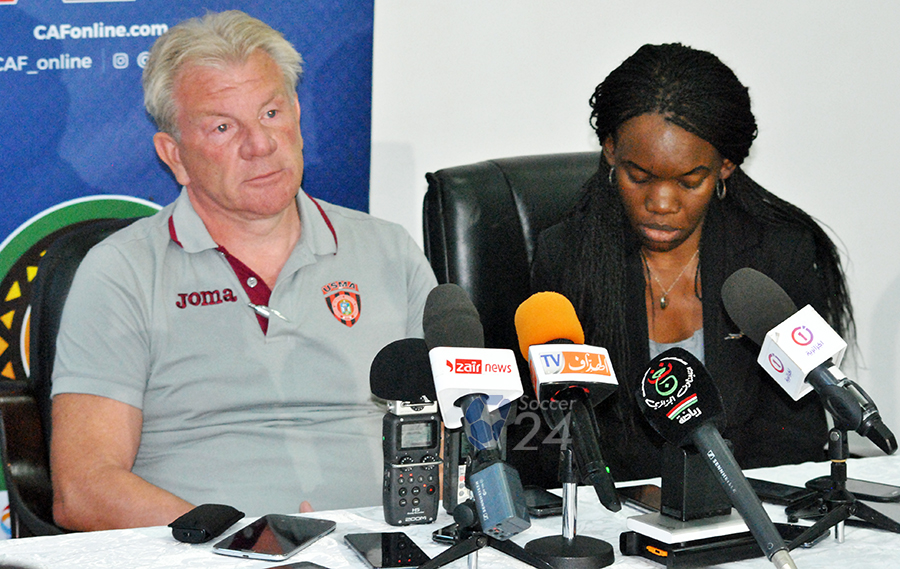 USM Alger coach, Paul Put, bemoans his team’s missed chances in their 2-1 defeat to CAPS United in a CAF champions league group B group stages match away at the National Sports Stadium in Harare on Wednesday.

USM Alger equalized in the 67th minute through defender, Ayoub Abdellaoui, who headed home from close range after CAPS United midfielder Ronald Chitiyo had put the hosts in the lead 15 minutes into the first half. Chitiyo completed the double eight minutes from time denying USM Alger a point in their second group B match.

Addressing members of the media after the match, Put said his team were not in the game much of the time against a very ‘technical’ CAPS United.

“The first occasion (chance) was really for us, we managed to really get the game, but we lost a lot of chances. We were not really in the game . . . the difference came through the overall [difference in the] efficiency of both teams.

“CAPS United team we know; we were informed that they have a lot of quality. They are a technical team with a lot of speed. What (sic) they performed against Zamalek was also a very good performance,” he said.

“Certainly when we play at home, and we have three or four occasions clearly we have to finish them because we don’t get 10 occasions away.”