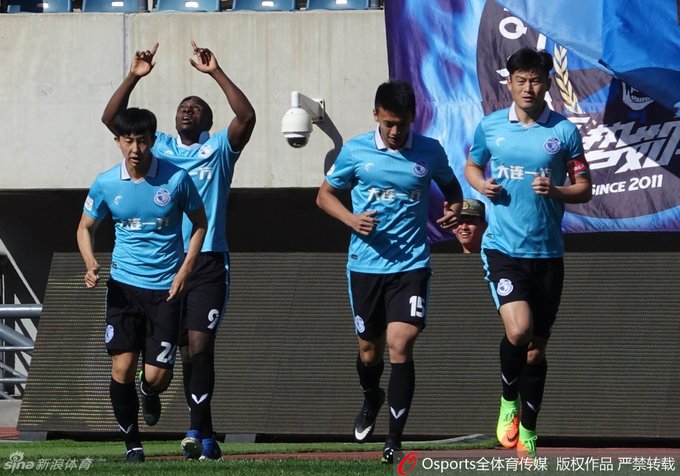 Nyasha Mushekwi’s Dalian Yifang and Renhe Beijing will be in the Chinese Super League in 2018 and still fight for the title of Liga One of 2017 after securing the top spots.

Renhe however sit top of the log with 59 points after 28 matches played while Dalian Yifang is close on second with 58 points but still have a game in hand. Closest contender at third is Qingdao Huanghai who can not catch up even if they are to win their remaining matches.

Mushekwi has been the main driving force to Dalian Yifang’s title charge having amassed 15 goals and sits 3rd on the League One’s overall golden boot charts.

After a two-week break, Yifang will continue their fight for top on Sunday where they will square off against DALIAN TRANSCENDENCE FC.

Chinese football has evolved recently with many football star players being attracted to the league which has emerged as one of the most paying leagues..