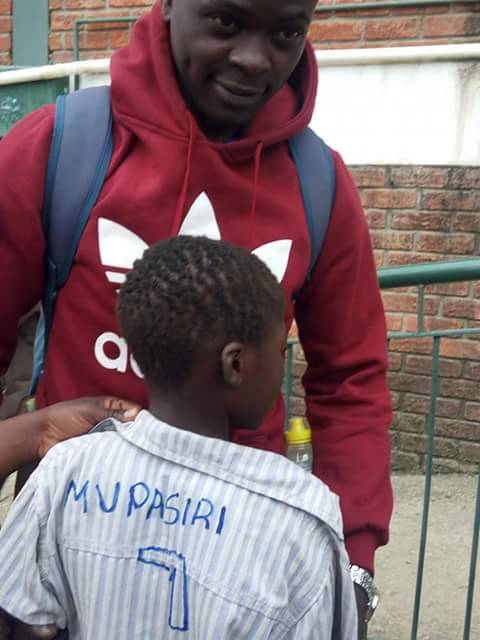 A young Shabanie Mine boy who became an internet sensation after being photographed in a homemade replica of Farai Mupasiri’s famous football striphas finally come face-to-face with his idol.

On Wednesday Tongai Dube wearing a blue-and-white striped shirt to emulate the colours of the Shabanie Mine. On the back of the bag was scrawled the : “Mupasiri 7”.

The pictures went viral and, Mupasiri’s biggest fan was identified and tracked down to Mandava township.

The young fan who is in grade 5 is an avid Bvaru fan and wept uncontrollably after Shabanie lost 2-0 to FC Platinum in the Zvishavane Derby.

Mupasiri met the fan at his Mandava homestead where he presented a grocery and promised to pay fees for the boy next year when he gets to grade 6.