Zimbabwe international forward Nyasha Mushekwi’s profile as one of the best forwards in the world continues to grow after another successful campaign in the Chinese League One.

Mushekwi netted 16 goals this season and sits as the 6th highest league scorer in the league. But brightly his scoring exploits has helped Dalian Yifang secure promotion in the lucrative Chinese Super League with still a game to spare. Yifang lead the standings 4 points clear with one match left in the season.

The scoring rate makes him the 5th best goal scorer in league one from statistics dated back in 2011. He scored 19 league goals for his club Dalian Yifang on his debut season last year. He was second behind Brazilian Luis Fabiano, who won the Golden Boot with 22 goals with his club Tianjin Quanjin crowned the champions of League One.

Mushekwi though has set his sight on staying in China, several European clubs are after the former Caps United with his former Swedish side Djurgadens leading the pack. Mushekwi who is 30 this year is valued at £1.4 Million in the transfer market. 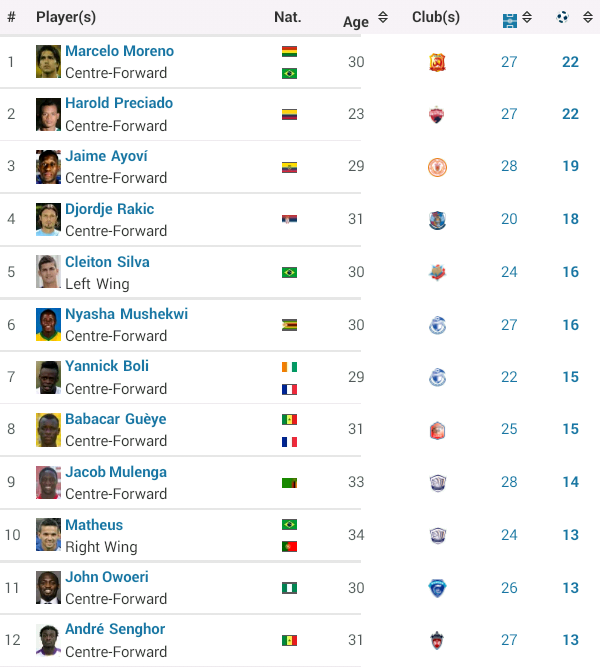