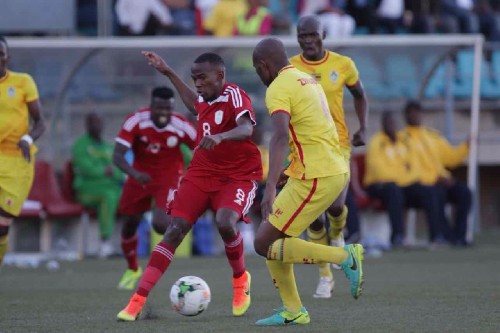 The Warriors of Zimbabwe will this weekend play in the fourth edition of the Dr Hage Geingob Cup in Windhoek against the Brave Warriors of Namibia for a prize money worth N$4.1 million (App US$300000).

The cup, which honours President Hage Geingob for his immense contribution towards the development of sport – particularly football – throughout the years and pays tribute to the Namibian Head of State for dedicating his efforts and lifetime towards empowering the Namibian youth through sport, will be played on 11 November.

Unlike in the past where the tournament featured mainly local and visiting premier league clubs, this year the organisers adopted a new format, which will see Namibia’s senior football side, the Brave Warriors, taking on the Warriors of Zimbabwe in the only match of competition.

The new format is partly a response to the Namibian premiership football situation, which has forced local football clubs into dormancy due to inactivity of the Namibia Premier League for over a year now.

As a result, the organisers extended an invitation to the Zimbabwe Football Association (ZIFA) for the Warriors to engage their Namibian counterparts on 11 November in this year’s Dr Hage Geingob Cup. The match will also fall on the FIFA calendar, as an international friendly whose outcome will have a bearing on the FIFA rankings.

Main sponsor, Tafel Lager, availed N$2.5 million for this year’s event while MTC came on board with N$1.5 million and Huawei Technologies Namibia sponsored N$100 000 to bring the sponsorship to N$4.1 million.

Mamelodi Sundowns from South Africa have won the first three editions of the Dr Hage Geingob Cup and have kept the trophy.