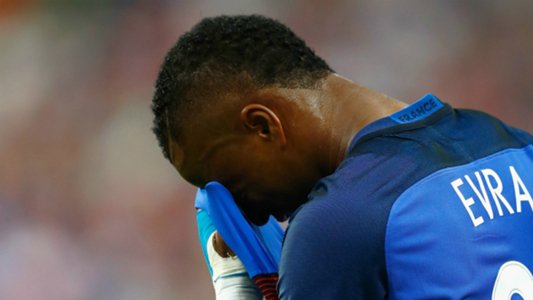 French international Patrice Evra will know his fate today when UEFA and Marseille decide on the player’s disciplinary issue during a Europa match last week.

Evra was red-carded for aiming a karate kick at one of his own supporters during pre-match warm-up at last week’s Europa League game against Vitoria Guimaraes in Portugal.

Marseille and Uefa have both scheduled decisions for today and he could be sacked by Marseille and heavily sanctioned by Uefa. The 36 year old will at least suffer the same punishment handed out to French compatriot Eric Cantona for his flying kick in 1995.

Cantona, playing for Manchester United at Crystal Palace, was banned for eight months by the English FA.

Meanwhile, Evra has already been suspended by Marseille pending a disciplinary sanction, while the club’s fanatical supporters insist they do not want the French international to represent them again.