Italy has failed to qualify for the World Cup 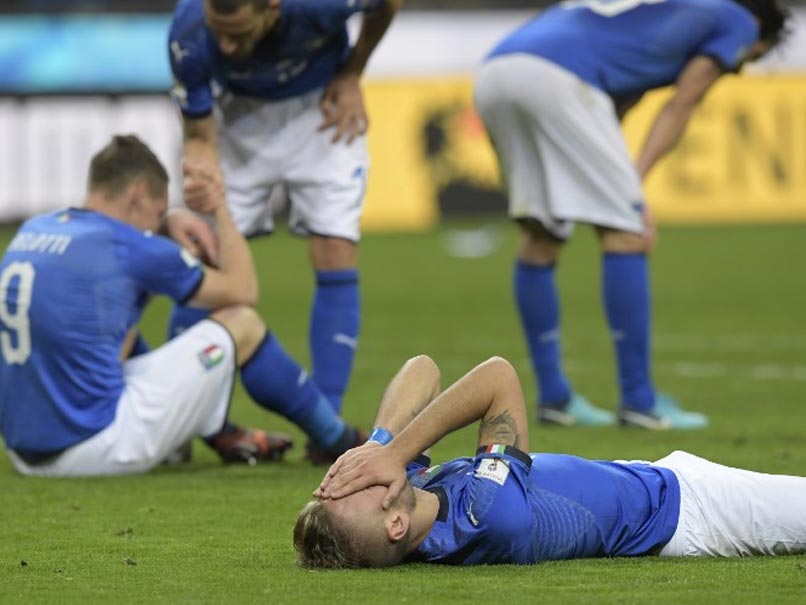 Italy will miss the or the first time since 1958, an astounding development in an full of qualifying failures.

The Netherlands, United States, Ghana and now and a pillar of soccer for almost a century, all will be absent from the 2018 tournament. Amid boos and whistles Monday in Milan, the Italians were ousted by Sweden, which repelled a second-half deluge for a 0-0 draw in the second leg of a two-game playoff to secure a 1-0 aggregate victory in the World Cup qualifier.

In the fifth minute of stoppage time, with San Siro stadium begging and pleading for a goal to force an extra 30 minutes, Alessandro Florenzi kissed the ball repeatedly as he prepared to take a corner kick. Sweden stood firm. The referee’s whistle sounded.

Italy – the soccer country of class and grace, of revered goalkeepers and a defensive system known as catenaccio, or “the chain,” of the iconic Serie A league, of Baggio and Maldini, Del Piero and Buffon, of those gorgeous blue jerseys – will not journey to Russia next summer for the 32-team tournament.

Only Brazil (20) and Germany (16) have appeared in more World Cups than Italy (14). The last time the Italians failed, a Brazilian teenager named Pele was preparing for his first World Cup and Brazil, the greatest success the sport has ever seen, had yet to win its first global title.

The 2018 tournament will instead include tiny newcomers Iceland and Panama.

Sweden, which qualified for the first time since 2006, became the 29th team to punch a ticket to Russia. The last three slots will be decided this week: Ireland or Denmark on Tuesday, Australia or Honduras on Wednesday, and Peru or New Zealand on Wednesday