The PSL announced a Blockbuster fixture program with all nine matches set for Saturday the 25th of November.

Two teams – Dynamos and FC Platinum are the two teams vying for the league title with FC Platinum needing just a win to win their maiden crown which has proved elusive over the years.

On the other hand Dynamos will be hoping that FC Platinum drops points while they have no other way but win their last match if they entertain any hopes for the title.

Similarly the relegation battles will be of utmost interest. While Tsholotsho and Bantu Rovers have already been related – Harare City, Bulawayo City, Hwange and Shabanie Mine will fight to avoid the last two relegation slots. 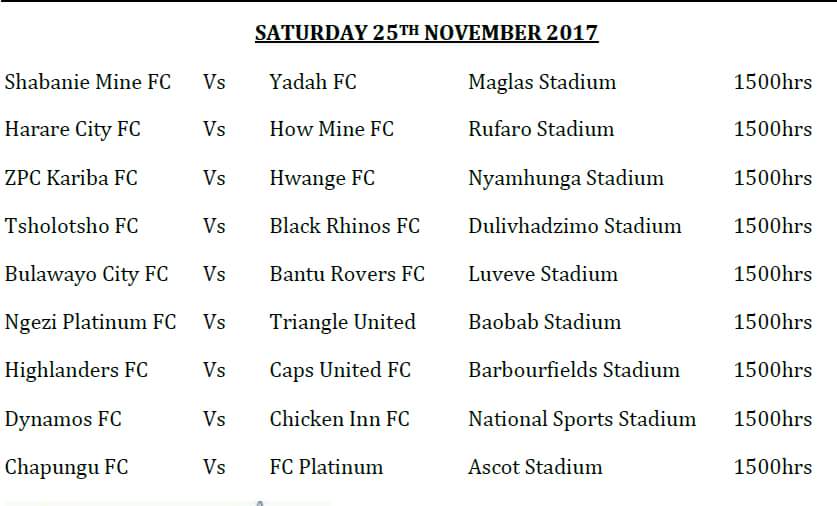 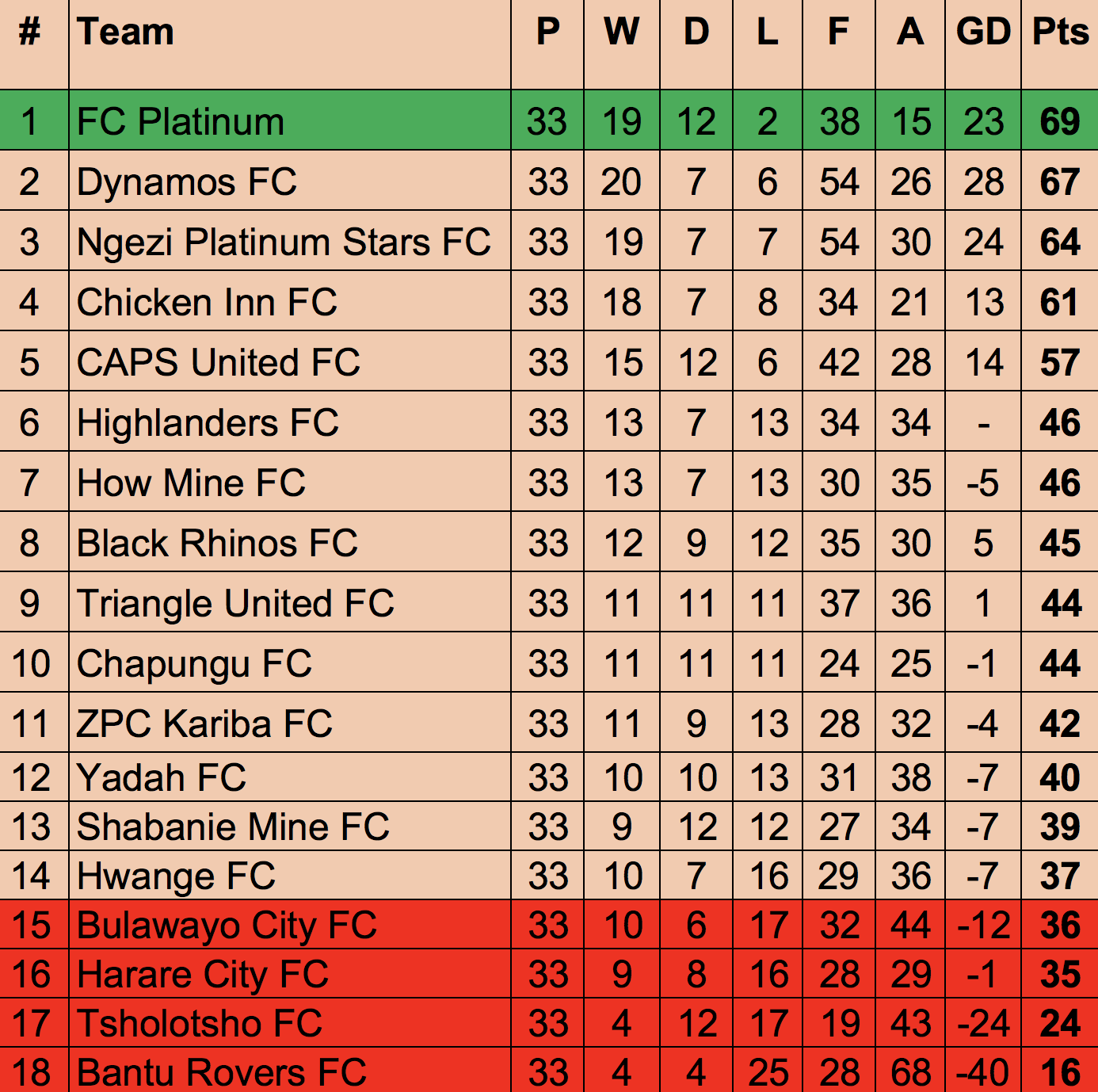