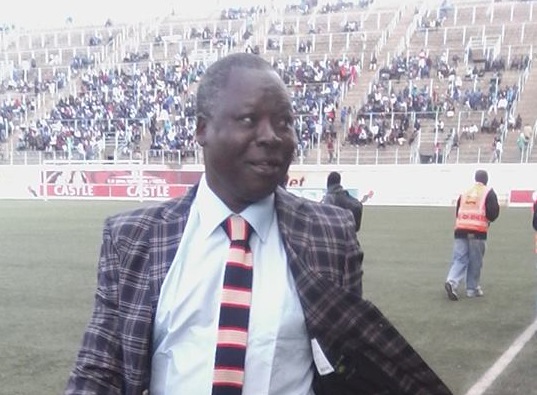 Belgian side, S. C. Eendracht Aalst (E. Aalst) has invited local football legend  Moses Chunga for a special occasion to mark the Silver Jubilee of his final appearance at the club.

Chunga, a former captain at the club, played his last official match for E. Aalst  in 1992 before he was forced to retire due to injuries. He spent five years at the club and in 2012 he was honoured for his distinguished service to the team while the City Council invited him to sign the Golden Book of Aalst, the community’s highest civic honour which can be bestowed on an individual.

According to The Herald, E. Aalst sent a VVIP invitation to Chunga and asked him to be accompanied by his wife for the special occasion.

“We trust that you’re well. As we are 25 years after you last kicked a ball in the Pierre Cornelis Stadium, the Board of Directors of S.C. Eendracht Aalst, would like to invite you to visit your former football club. We would like to ask you and your wife Lorraine to give the kick-off of our home game . . . It will be a great honour to welcome you back in Aalst after your last visit in 2012. You are still one of our most legendary players (and) many fans keep talking about you,’’ club chief operating officer, Yannick van Aken, said in part of the letter sent to Chunga on November 1.

The club also stated that they will arrange interviews with newspapers and television, a visit at the radio station, an autograph and photo session with the fans during his visit.

Chunga is scheduled to spend two weeks in Belgium and there are indications that, as part of the programme, a stand will also be named in his honour.