Premier Soccer League has changed the the kick off time for the matches between Chapungu FC vs FC Platinum and Dynamos vs Chicken Inn.

The two matches now start at 14:00 hours. The dates and venues remain the same.

Meanwhile, the Chapungu-FC Platinum match will be broadcast on SuperSport.

Here is the Press Release from PSL:

This serves to advise that the kick off time for the following Castle Lager Premier Soccer League matches has been moved to 1400Hrs:

The other matches will proceed as scheduled.

The Premier Soccer League is appealing all fans to stay off the field of play before, during and after football matches for any reason whatsoever.

Invading the field of play is not only a violation of the Premier Soccer League Rules and Regulations but it endangers the lives of players and match officials.

The only people allowed on the field of play are the players, coaches and match officials. 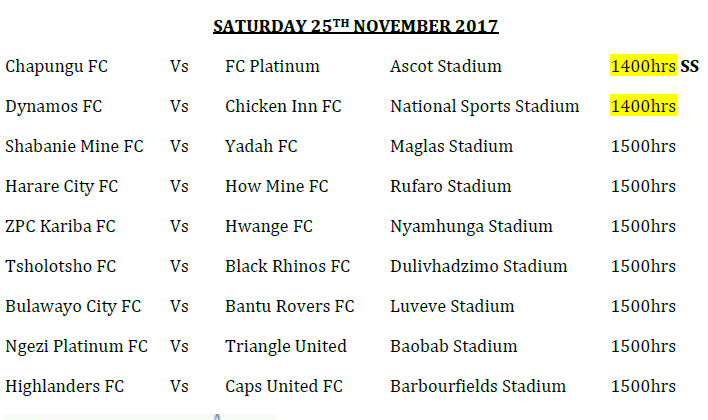