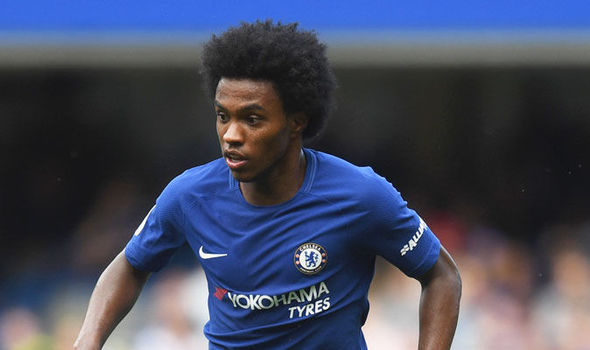 English Premier League
Liverpool and Chelsea played to a 1-1 draw at Anfield Stadium. Mohamed Salah opened the scoring in the 65th minute before Willian equalised five minutes to full time. Manchester United grabbed a slander 1-0 win over Brighton and Hove after Lewis Dunk deflected Ashley Young’s strike into his net.

Harry Kane cancelled out Salomon Rondon’s first-half strike as Tottenham drew 1-1 against West Brom. Crystal Palace beat Stoke City 2-1  to claim their second win of the season. Xherdan Shaqiri scored the first for the visitors after 53 minutes, before Palace hit back through Ruben Loftus-Cheek three minutes later. Palace secured the win through Mamadou Sakho in the stopage time.

La Liga
Real Madrid beat Malaga 3-2 victory in a clash played at the Bernabeu. Cristiano Ronaldo scored the winner while Karimi Benzema and Casemiro  where also on target for the hosts. Atletico Madrid cruised to a 5-0 win at Levante, which put them back above their city rivals Real Madrid into third place. Earlier,  Eibar moved away from the relegation zone with a 2-1 win at struggling Alaves – in a feisty game which saw eight players booked and two sent off. Real Betis drew 2-2 against Girona.