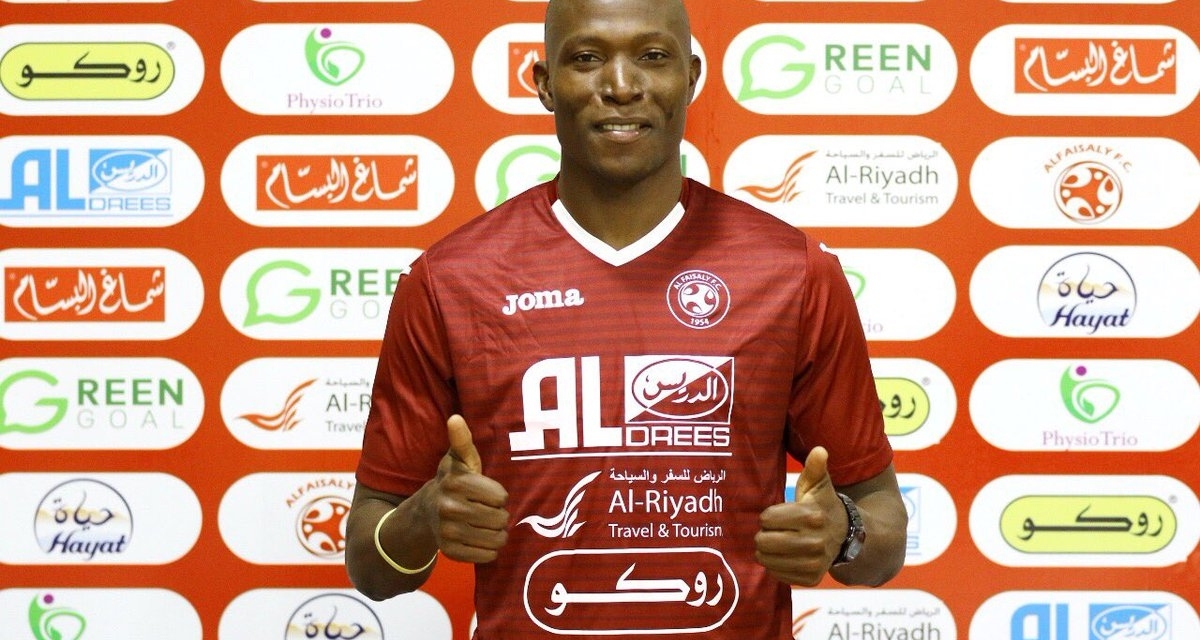 Saudi Arabia striker Tendai Ndoro (32) has largely been described as a lethal striker.

Ndoro’s who is at the twilight zone of his career has largely struggled at his club Al Faisaly in Saudi Arabia.

Rising from the ranks of Bantu Rovers, Ndoro started his professional career with Chicken Inn in 2011 and became an instant hit banging in goals for the Game cocks. Two years later, Ndoro completed a move to South African club Black Aces but was immediately returned to Chicken Inn on loan for the rest of the 2013 season.

In 2014, he officially joined the Black Aces squad and subsequently made 41 appearances and scored 14 goals over two seasons before departing in 2015 to join Orlando Pirates. After a rather disappointing 2015 season, Ndoro became fans favourite in 2016 season managing to finish among the season top scorers in a season he led the charts for long periods, only to be pipped at the end after a lean spell. At Pirates he scored 25 times in 41 appearences.

Ndoro this year made a high profile move to Saudi Arabia in a mega buck deal hugely seen as a retirement package.

At Faisal, Ndoro has struggled for game time and so far has managed 4 appearances in 11 league games played. Two of which came from the bench. On the 25th of November Ndoro managed to score his first goal for the team in a 5-0 win over Al Fateh. A goal he hopes will change his fortunes for more starting berths.

His next match will be on Friday, 8 December against bottom placed Al Raed. Ndoro’s Al Faisaly sit 4 on the Saudi Arabia top flight league after 11 games , 5 points behind leaders Al Ahli who are on 24 points.