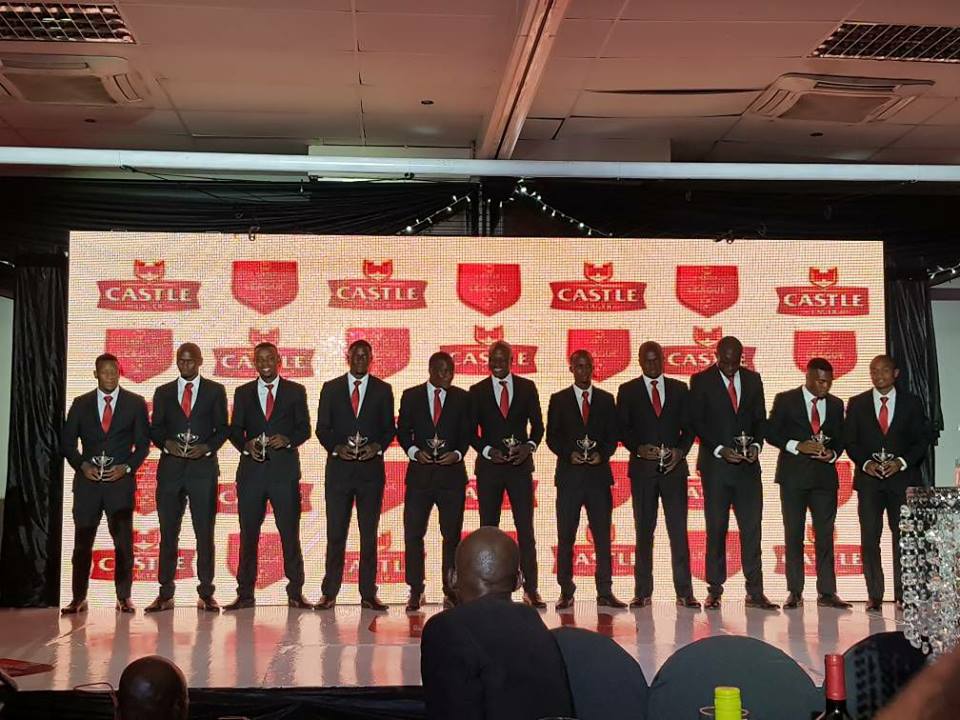 FC Platinum’s Rodwell Chinyengetere was crowned 2017 Soccer Star of the Year at an event held in Harare on Friday night.

Chinyengetere beat Ocean Mushure and teammate Kelvin Moyo who were second and first runner up respectively.

Yadah FC youngster Leeroy Mavhunga was named the most promising player of the year.

The 18 year old had a fantastic season and got his first national cap during the 2017 COSAF Cup held in South Africa.

Elvis Chipezeze won the Goalkeeper of the year award while CAPS United striker Dominic Chungwa received the golden boot award after finishing the season with 17 goals.

Ruzive Ruzive picked up the referee of the year award for another successive year. Nomore Musundire and Luckson Mhara were first and second runner up respectively.